Photos of bike riders carrying the dead to the mortuary have gone viral after being shared on Facebook.

What made the post unsettling was that the bodies were being carried on motorbikes strapped quite tightly to the rider as their carried to their destination.

The post originated on Facebook from a Kenyan user called PK Kasirim who posted a few photos and said; This is how “boda boda” riders in parts of rural DR Congo transport corpse to and from the mortuary.  It’s a lucrative business to venture as it pays handsomely well. Tricky sana.

Boda Boda riders are a colloquial way to call bike riders, much like Nigerians call ‘Okada’.

Kasarim’s post claims that the job is a lucrative one, which makes sense as it has to do with the dead. According to Investopedia.com, Embalmers, whose job it is to wash and clean dead bodies and also apply make-up to the body earn as much as N14m naira per annum for their job which makes it a lucrative job, but many don’t want to do it as they are afraid to deal with dead bodies.

You can check out the controversial pictures which have caused a lot of discussions below. 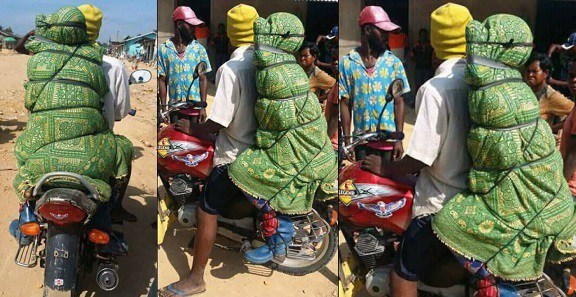 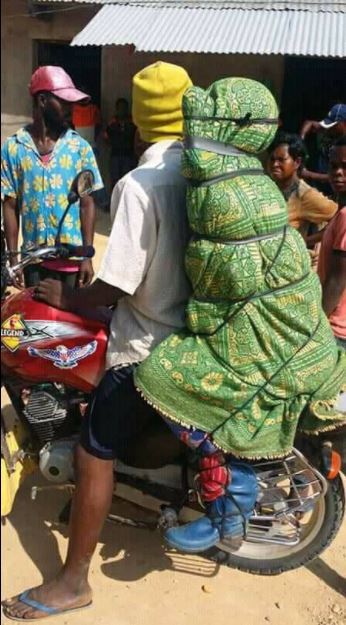 Why I want a Second Term- Buhari