Nigerians on social media are far from over with the questions regarding the source of Five Star Music Group CEO, E-money.

This comes after Nigerian singer and brother to the businessman, KCee in a recent interview revealed that they are not engaged in any illegal dealings.

Kcee in the interview further stated that God will expose them if himself and his brother were engaged in any shady dealings.

In a recent display of wealth and luxury, E-money took to his social media page to flaunt his golden sitting room and Nigerians could not help but marvel at the structure.

Read some of the reactions below: 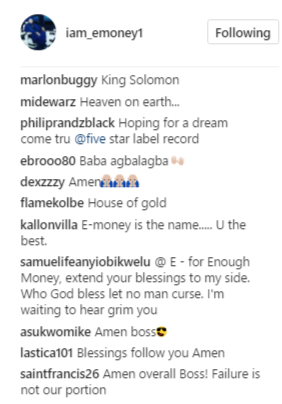