The Welsh national team went back home after missing out on the finals of the Euro 2016 after defeat at the hands of Ronaldo led Portugal and they were given a hero’s welcome.

This had been Wales’ first major tournament in decades and the first time they had ever gotten so far. The Welsh team gave a good account of themselves at the Euros burrowing their way into the hearts of supporters with their tenacity and their togetherness.

They were greeted by about a hundred thousand supporters with an open top bus parade ready for them as they waved at their adoring fans below.

Now the players can go on a well-deserved break. 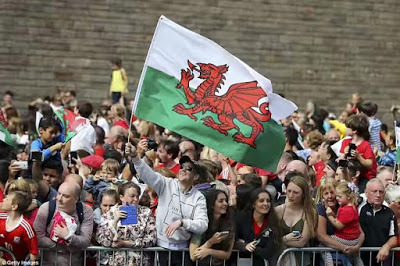 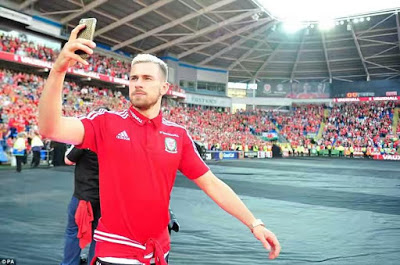 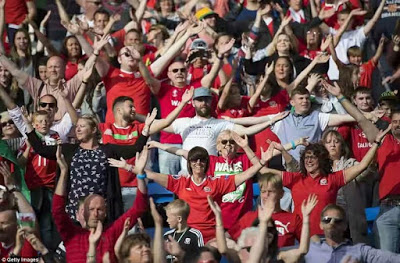 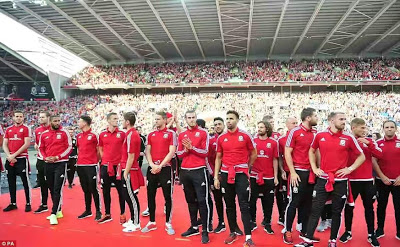 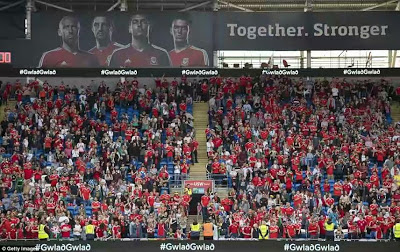 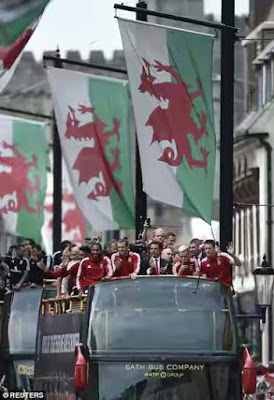 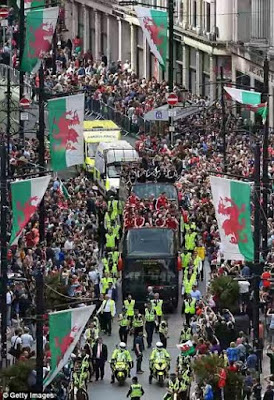 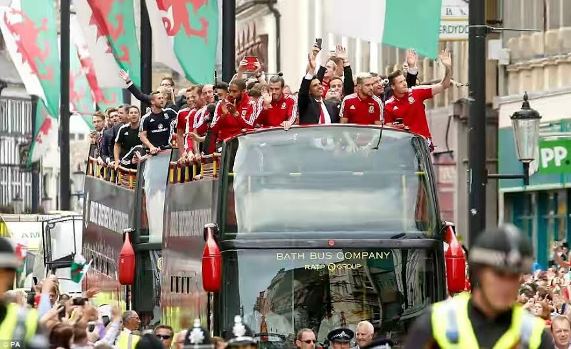 Buhari’s Administration: US Government Opens Up