The Performing Musicians Employers’ Association of Nigeria (PMAN) has called on the Federal Government of Nigeria to take necessary actions against the recurring xenophobia incited killings of Nigerians in South Africa by the country’s nationals.

PMAN  said this xenophobic act should be condemned outright and stopped before the situation deteriorated.

The PMAN President, Casmir Obi, popularly known as “Voombastic Uncle P’’ made the call in an interview with the News Agency of Nigeria (NAN) on Thursday in Lagos.

Obi also appealed to Nigerians to be calm down, adding that “two wrongs can never make a right’’. 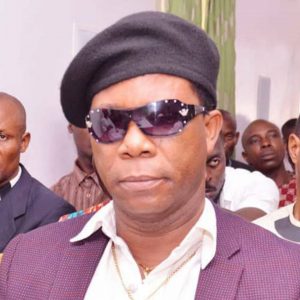 “South Africans should know their history. They should stop killing Nigerians in their country. Nigeria paid in money, blood, and efforts  to help rid South Africa of apartheid.”

He said that several performing musicians from Nigeria took the fight against Apartheid so personal that they were singing freedom songs for South Africa and its people.

” Those efforts eventually contributed to the freedom that  South Africa as a country is enjoying today.

“Why do you choose to pay us back by killing our people in your country?
Remember the hundreds of South African students who ran to Nigeria for refuge.”

He also said that Nigeria spearheaded the fight against segregation against the black race in Apartheid South Africa when the UN and America did nothing.

“Nigeria took the fight very personal because of her Afro-centric Foreign Policy.

“The South  African Government can help solve this problem by ensuring this history is taught in their schools.

“Remember the jubilation and public holiday in Nigeria the day Nelson  Mandela was freed. We felt Africa had finally won.

“We are wondering, whether this was the same country that  Mandela fought and suffered for.

“The inaction of the South African  Government is helping to its most of her nationals to institutionalize xenophobia as a policy in that country,” Obi said.

NAN reports that some nationals of South Africa killed Nigerians in South Africa as well as destroyed their investments.

Also, some youths in parts of the country embarked on reprisal attacks on some South African investments.

The Federal Government had recalled its High Commissioner to South Africa and canceled its participation in the ongoing World Economic Forum for Africa in Cape Town.

My Daddy is richer than Osun state – Davido