A Police Reforms Advocate, Mr Segun Awosanya aka Sega Link, says policemen who betray society’s trust by harassing, maiming or killing innocent Nigerians must be made to face capital punishment.

He stated this Monday as a panellist on a programme themed “Social Media Wars: Dreads, Tattoos & Passwords” at the on-going Social Media Week (SMW) Lagos 2020. The session was sponsored by Sterling Bank.

According to him, the police force rather than being a job is a place of service where individuals have an opportunity to advance in their careers.

Awosanya noted that policemen must, therefore, see themselves as custodians of public trust which they must never betray.

While acknowledging that low morale, poor legal framework, and negative societal rating have contributed to demoralise the force, he said that these were no justifications for a policeman to harass or kill a hapless Nigerian on the road.

He disclosed that two bills – the Police Reforms Bill and the Police Trust Fund Bill – have been sponsored to address the operational and administrative challenges confronting the force.

“What is the interesting thing about that bill (Police Reforms Bill)? All those things you hear and see today (harassment, killing of innocent Nigerians) will be criminalised.

“And we are also pushing for capital punishment (for) any police officer who uses the gun of the state to shoot, kill, intimidate or rob any citizen of Nigeria.

Read Also: Boko Haram Threw Baby Inside Fire, After Mother Tried To Save Him -Marwa

“They are there to serve you. They are not there to rule over you, oppress you or transfer their aggression on you,” Awosanya stated.

However, he noted that youths and the general public also have the duty to respect police officers.

Another panelist and popular rapper, Michael Stephens aka Ruggedman lamented the constant harassment by policemen of innocent youths for having dreadlocks and tattoos. 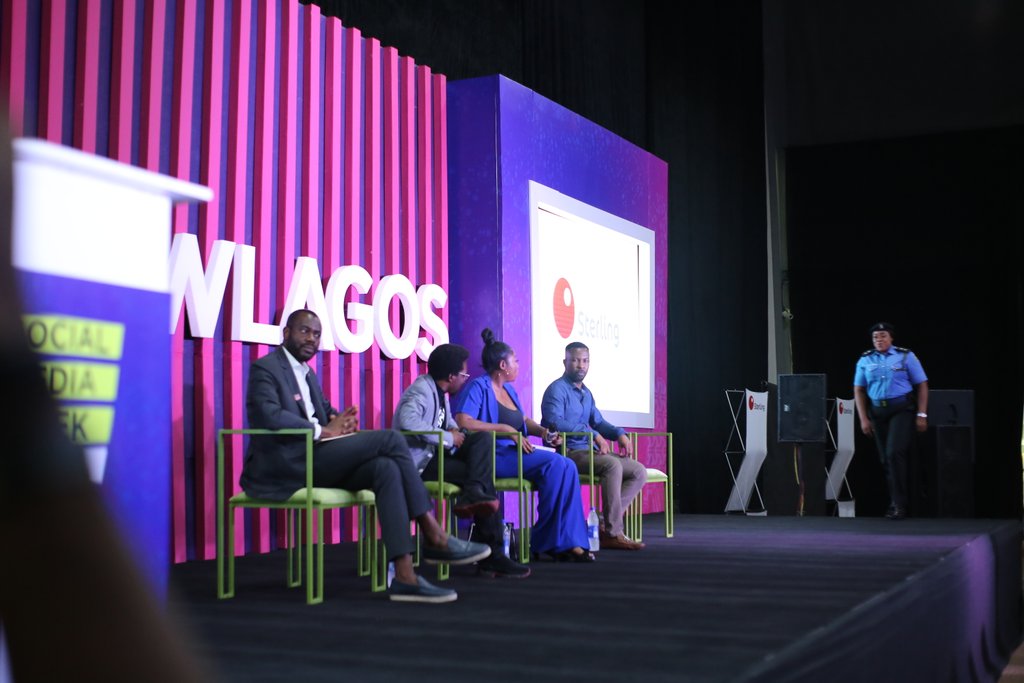 He added that it was illegal for policemen to stop Nigerians and scroll through their phones or check their bank account balance, tracing the actions to “illiteracy” of most of the policemen assigned to the roads.

He said that for the harassment to stop, Nigerians must cultivate the habit of caring about the welfare of others and demand justice when a fellow citizen is being needlessly harassed by policemen.

He recalled how his cousin was picked up for no reason alongside nine others and detained at Area ‘H’ Police Division in Ogudu area of the state.

Ruggedman said because he cared, he was able to facilitate the release of not just his innocent cousin but also eight others through then Public Relations Officer of Zone 2 Command covering Lagos and Ogun States, CSP Dolapo Badmus, who also a panelist at the event.

“There are millions of Nigerians every day who are at the mercy of these men on the road,” the musician lamented.

He noted that many policemen continue to perpetrate crimes against Nigerians who they are supposed to protect because those caught doing so have not been adequately punished to serve as a deterrent to others.

Noting that having tattoos and dreadlocks did not make anyone a criminal, the senior officer explained that policemen targeting youths for these lacked exposure.

However, Badmus said that when pulled over on the road, Nigerians, especially youths, should be polite in addressing policemen and confidently but calmly respond to questions thrown at them.

According to her, the social media age has brought out the worst in many youths who now believe that being rude to those in authority is normal.

She said a policeman addressed rudely could not be trusted not to respond in kind.

Badmus explained that any Nigerian youth whose right has been infringed upon by policemen should channel their complaints through the right channels instead of arguing with the policemen on the road.

Earlier, the Managing Director, Sterling Bank, Mr Abubakar Suleiman said that the objective of the programme was to enable the older generation to have meaningful conversations with the leaders of tomorrow.

He stated that the advent of social media has brought to the fore age-long conversations regarding defiant or socially permissible behaviour.

“I want to remind everyone that this conversation did not start today.

“When we were young, we were also the Marlians of our days. Our parents also objected to the things that we did.

“Now we’ve all grown up to do exactly the same thing; so it’s an age-long coming-of-age conversation for every generation. And yours is no different,” he said.

Explaining that it was biologically normal for people to hate or judge what they do not understand, Suleiman said that proper conversations such as the one sponsored by the bank would help everyone come to a resolution.

“Inclusiveness is the one way you’ll have a sustainable society,” he said. “And to have an inclusive society, you have to go without judgement.”

Daily Devotion: The Choice Is Yours