Pope Francis was offered Wednesday a Lamborghini Huracan, but the Vatican said there was no future as a popemobile for the Italian supercar.

The Huracan, which has a top speed of more than 300 km per hour and has a starting price in Italy of 185,000 euros (219,000 dollars), will instead be auctioned for charity, a statement said.

Proceeds will go to a Catholic charity seeking to return Christian exiles to Iraq, to another one helping victims of the sex trade in Italy and to two Italian charities that operate in Africa.

Francis was given a specially prepared Huracan model, and the unusual gift was presented to the pope at the Vatican by the top management of Lamborghini, which is part of Germany’s Volkswagen Group. 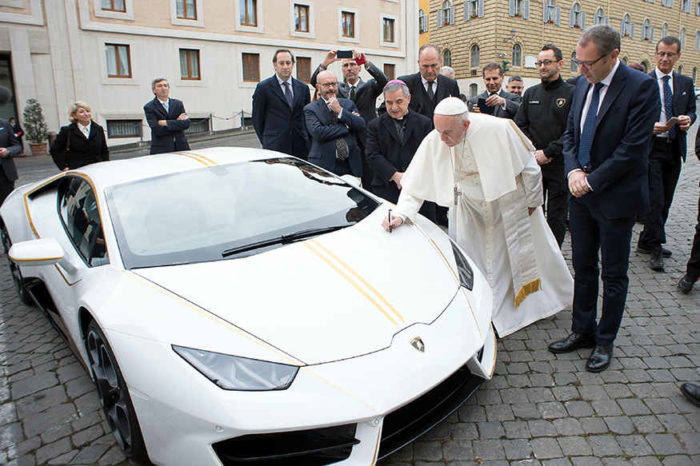