An American female pastor has warned men against proposing in public to avoid future disasters in their marriage.

Laurie Idahosa, who is the Pastor of My Church Unusual, said proposals are meant to be intimate and private. She went on to warn men that any woman who tries to dictate how the man proposes to her is a woman who won’t give the man peace in their relationship.

Read also: Why We Can’t Propose To Men – Abuja Women

Idahosa wrote: “A marriage proposal is an intimate, private matter, not a video production made to post on your social media handles.

“Guys watch out for the lady who tells you how to propose. She won’t let you rest your entire marriage. 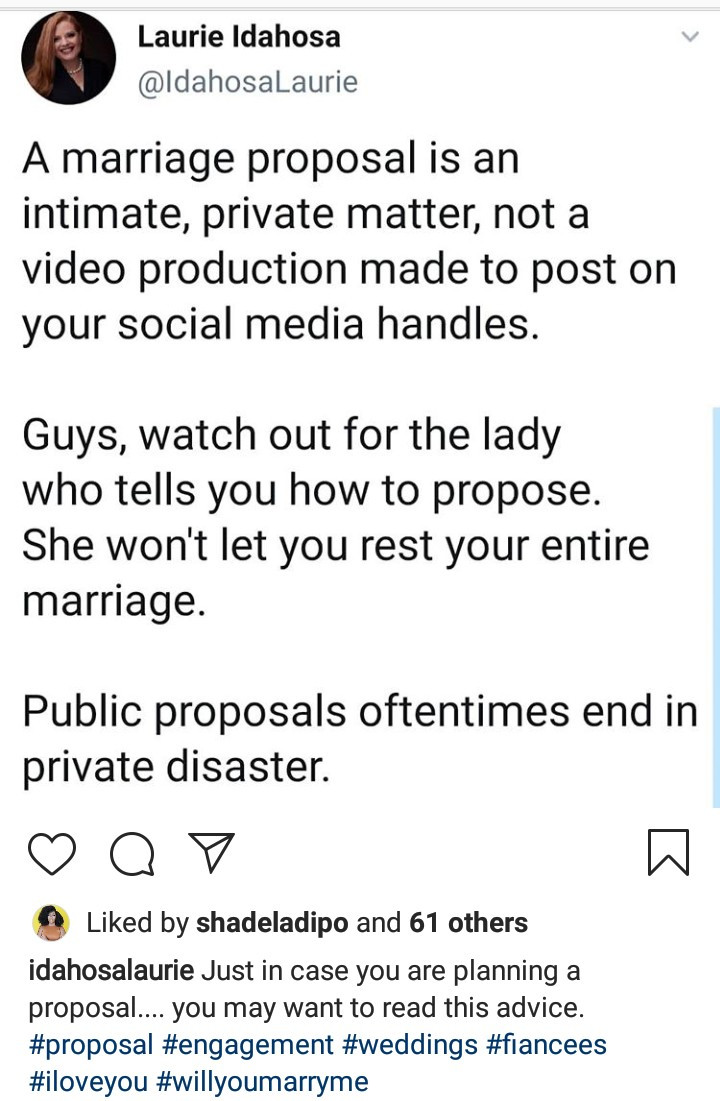