Rihanna has been named as the world’s richest female musician with an estimated worth of $600 million, according to Forbes.

This is coming after the international magazine ranked Shawn Carter, Jay-Z, as the first ever billionaire hip hop artist in the world.

Forbes stated that the Fenty brand owner’s net worth beats that of Madonna – $570 million, Celine Dion – $450 million as well as Beyonce – $400 million.

Rihanna’s wealth may not be unconnected to her 15% ownership of Fenty Beauty which has been estimated to worth about $3 billion. 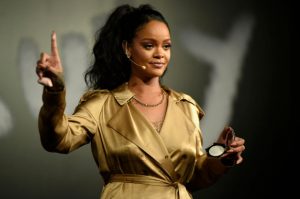 However, her largely successful music career must have added to her wealth as she has a good number of hit tracks to her name. Some of these are “Umbrella”, “work”, Rude Boy” and “ We Found Love.”

Apart from these ventures already mentioned, Rihanna also jointly owns a lingerie line known as X Fenty. Some weeks back, she partnered with LVMH and introduced a new fashion brand.

You’ve constitutional duty to protect everyone, not just those who voted for you – Shehu Sani chides Buhari