Youth in Rivers State took matters into their hands as they apprehended some men in Ahoada West area of the State responsible for the theft of some election material.

The apprehension comes after there was a report of a shooting carried out by men of the Federal SARS which resulted in the death of one as others fled the scene.

According to photos that surfaced online, a concerned crippled man was also among the youth who actively stopped the thieves. 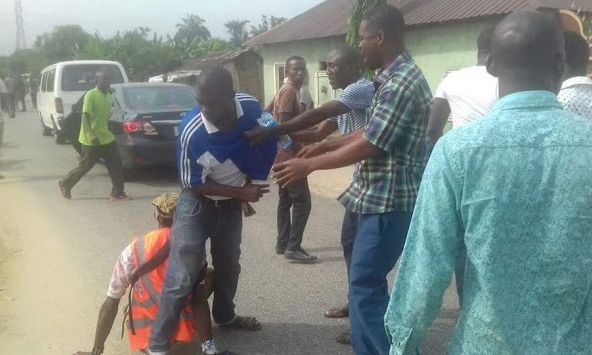 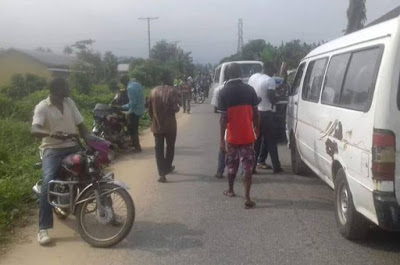 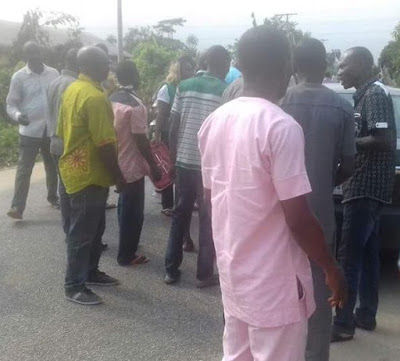 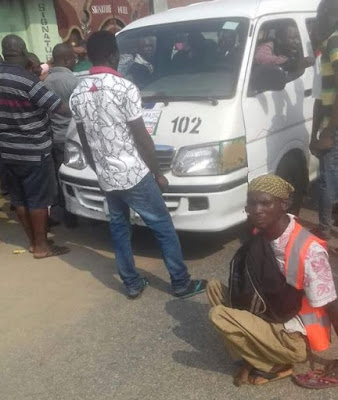