A security guard identified as Henry has died by electrocution while attempting to steal a transformer in Barnawa High Cost in Chikun Local Government Area of Kaduna State.

Henry, who was in his 30s, attempted to steal the transformer belonging to Kaduna Electric.

Passersby noticed his dead body dangling from a power line and alerted officials of the Kaduna Electric on Friday.

An eyewitness told Saturday PUNCH that the deceased, who worked as security guard in the area, had gone on top of the transformer, resulting in “an explosion.”

“We were in the club dancing around 11:00pm on Thursday when suddenly we heard a loud bang that sounded like an explosion. We didn’t know what happened until we came out this morning (Friday) and saw the lifeless body of a man there. It’s a pity that he had to go that far,” the eyewitness said.

Mr. Sunday Yahaya, the Area Manager of the Barnawa office of the Kaduna Electric, said the incident occurred at about 11:00pm on Thursday “when all of a sudden, there was a blackout.”

He noted that the incident had vindicated the members of staff of the company, who were always being accused of tampering with electricity installations by residents.”

He said, “We have suffered several cases whereby people vandalise our installations and most times, the public tends to blame our staff members for most of the cases, which is not completely correct.

“Our call to people is to always pass information across to security and relevant authorities when they suspect anyone’s movement.”

Alhaji Abdulazeez Abdullahi, the Head of Communications, Kaduna Electric, has stated that the incident was unfortunate and advised against tampering with electrical equipment, which he said was “dangerous and could lead to loss of life.”

Abdullahi, in a statement issued to journalists in the state capital on Friday, said, “A suspected vandal was electrocuted this morning (Friday) while attempting to vandalise our transformer at Barnawa High Cost, Kaduna.

“We continue to warn that tampering with electrical equipment is very dangerous and could lead to loss of life. It is also one of the reasons why steady power supply has been unattainable. Let us work together to curb the menace of vandalism.” 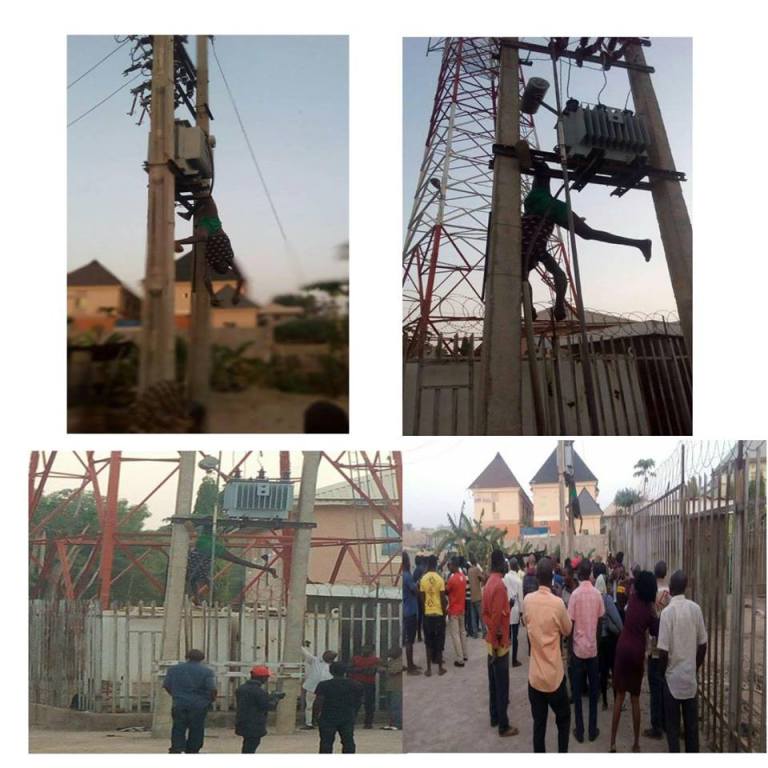