A $300,000 (N108 million) bullet proof Range Rover sports utility vehicle purchased by the Senate for the Senate president, Bukola Saraki is reportedly idling away in the yard of the Nigeria Customs Service.

The luxury security vehicle is idling away at Federal Operations Unit (FOU) Zone A, Ikeja of the Customs service, Daily Trust’s investigations revealed.
According to the newsmen, the Senate is now denying ownership of the vehicle, stating that the vehicle had not yet transfered ownership from the contractor to the fleet of the Senate president.

Customs has reportedly been holding the vehicle since January over evasion of Customs duties and fake documents.

A senior customs officer has said that the vehicle will either be auctioned or destoryed as it had now become property of the Federal Government.

Senate spokesman, Senator Aliyu Sabi Abdullahi said he had no comment on the issue as he was unaware of the matter. However Daily Trust reminded the Senator that he had once claimed ownership of the car, as a property of the Senate president. 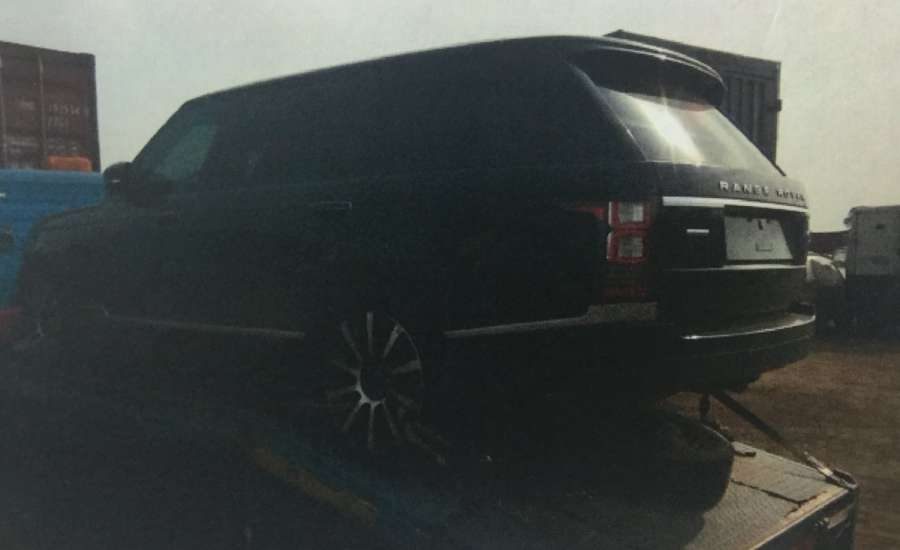 Abdullahi had, earlier this year, addressed newsmen to clear up some misinformation concerning the price of the car.

Then, he said, “Our attention has been drawn to the various false and mischievous reports in the media about the price of the vehicle which the Senate was said to have bought as part of its convoy but was later abandoned when it got impounded by the Customs over controversy surrounding import duty payment.

The seizure of this vehicle by Customs in January while it was enroute to Abuja was the genesis of the uniform dilemma that befell Comptroller General of Customs, Hameed Ali in March, some political watchdogs observed.

The driver of the car, at the time, had presented papers from the National Assembly claiming the vehicle belonged to the Senate President.

At a public hearing in March, the importer, Tokunbo Akindele, told the Senate committee that it was discovered in January, this year that the car had fake documents.