Pastor Chris Omatsola, the Presiding Pastor of Zionwealth of Life Assembly (ZOLA), has reportedly gone into hiding following alleged threats to his life over the release of a sextape he made with his ex-lover, Tamaratokoni Okpe.

According to a report by The Punch, Omatsola has since relocated his church premises located at Admiralty Way, Lekki, and Bendid Plaza, Ado Road, Ajah over fears of possible attack by the public. 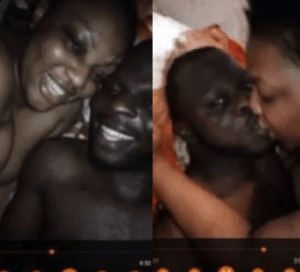 Speaking to the paper, Omatsola said, “A lot of waters have gone under the bridge. We are trying to protect ourselves from the public, because they have not really been fair to us. We still have a lot of our people, although this has affected our ministry grossly. Our church is a ministry. It is an assembly of young people.

“We have a location where we meet for now because of what happened; we have been receiving a lot of threats; some people are saying they want to burn our church. We had to change the location to a designated place where we meet and we will not share that with the public, because we don’t want the public; we know our people.”

He added that he had apologised to his congregation over the matter.

“First of all, I was wrong to have had a sex date with somebody I was supposed to marry. But this should not be an instrument of blackmail. It’s really outrageous. My followers know the truth. They know who they are following,” he added.