Seyi Tinubu, son of National Leader of All Progressives Congress (APC) has been involved in an alleged fight with Nigerian Artiste CDQ.

Although the cause of the clash is unknown, CDQ blasted the son of APC Chieftain for allegedly disrespecting him on Wednesday evening.

Seyi Tinubu I’m bouta compose an article for you about what you did to me last night @ David’s house.

I might not be born with silver spoon like you but bruh I’m a fighter and a strong hustler that germinated from the slum to where I am today.

I won’t take disrespect from anyone

CDQ vowed to take his pound of flesh on the politician’s son for disrespecting him.

“I won’t take disrespect from anyone. If u have been doing this to people around u before this will be d last time… cos I no be artist wey Dey pursue politician for money… anything I do with people I do it for love. I hustle hard for everything I am today.

“I’ve always been a free spirit, good vibe n neutral person from day° irrespective of where I am or who I’m with… so I’m the least person u should mess up it… cos things don’t get to me easily. But when it hit it hits hard ‘a’ so I’m never going to let this slide Seyi.” He said.

His outburst emboldened other online users who came forward with allegations that cast aspersions on Seyi Tinubu’s character. 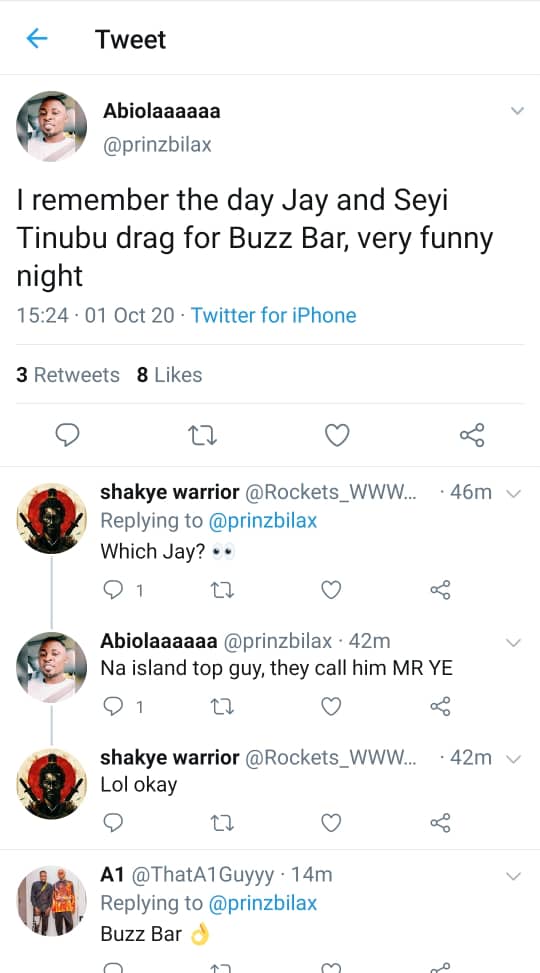 Pleas we are waiting… Which mumu silver spoon is he born with ? The one full of other people’s sweat?

Who’s Seyi Tinubu self ?? Is’t the son the criminal who corrupt this state Lagos or who ??