The trial of embattled Journalist and Convener of Revolution Now movement Omoyele Sowore continues today at a Federal High court sitting in Abuja.

However, Nobel Laureate Professor Wole Soyinka and former Nigerian lawmaker Shehu Sani who represented Kaduna Central until 2019 were present to show support for Sowore at his trial on Wednesday, Feb 12, 2020.

It would be recalled that Wole Soyinka wrote a statement lambasting Buhari and asking him to ‘rein in his wild dogs’ after operatives of the Department of State Services (DSS) invaded the courthouse and violently rearrested Sowore barely 24 hours upon his initial release.  The Nobel laureate likening DSS operatives to dogs stated that dogs were better behaved.

Shehu Sani who is under scrutiny and investigation by Economic and Financial Crimes Commission (EFCC) over bribery allegations was also present at the courthouse to support the embattled Journalist.

The human rights activist has been charged with treasonable felony, cyberstalking among other allegations following his plan to protest against the perceived maladministration of President Muhammadu Buhari. 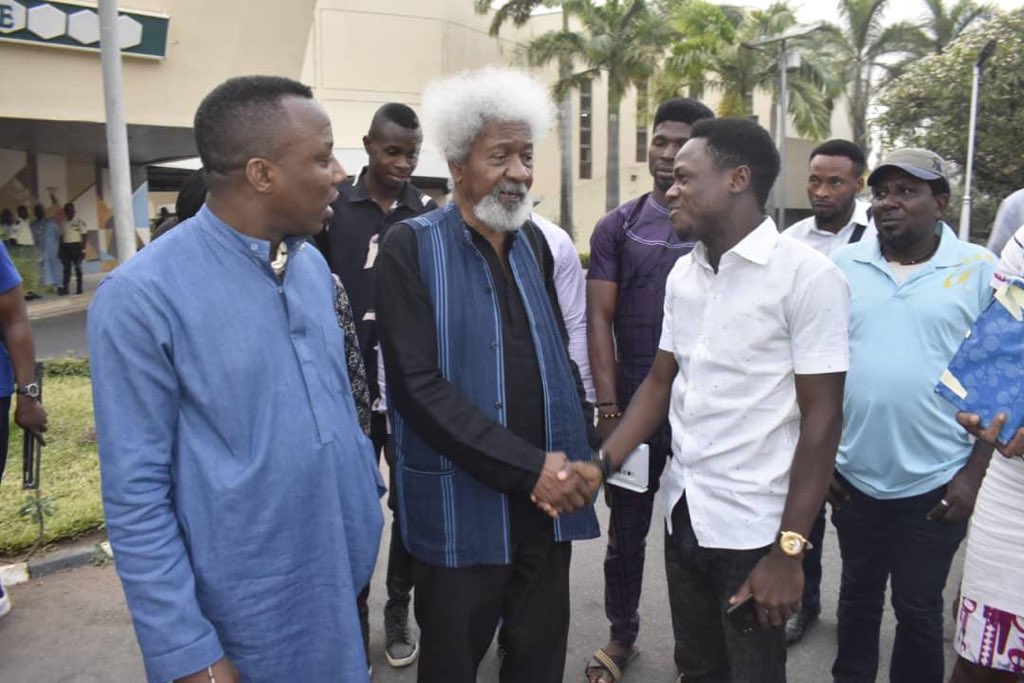