Award-winning American Rapper, T.I has revealed how he takes his daughter Deyjah Harris to a Gynaecologist every year to conduct virginity test. 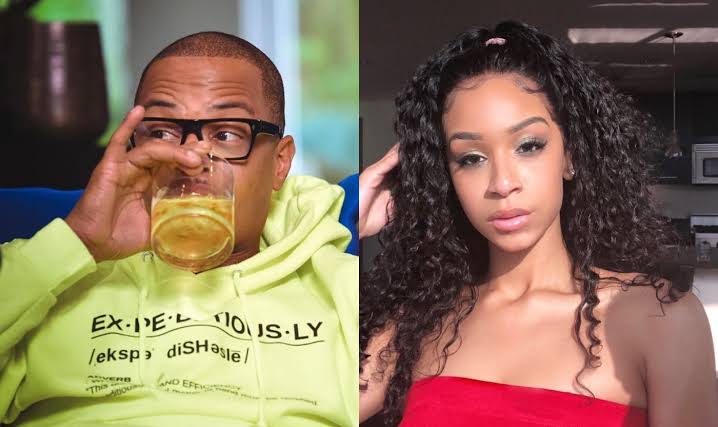 He made this shocking revelation on the Ladies Like Us podcast to the horror of listeners. T.I also confirmed his daughter was still a virgin as at her last birthday in 2018.

“I will say as of her 18th birthday, her hymen is still intact” said the Rapper who has songs with explicit sexual lyrics.

According to the Rapper, it was a common ritual for him and his daughter to visit a Gynaecologist after her birthday every year. He would also cajole her to sign the document that bends the Doctor-Patient confidentiality law. This means he can be privy to whatsoever information Deyjah shares with the Doctor.

‘So it’s this one time we go, I think this might have been after her 16th birthday. This is what we do. Right after the birthday we celebrate,’ he said.

‘Usually like the day after the party, she’s enjoying her gifts. I put a sticky note on the door: “Gyno. Tomorrow. 9:30.”

‘So we’ll go and sit down and the doctor will come and talk and the doctor’s maintaining a high level of professionalism,’ T.I. explained.

‘He’s like, “Well, you know sir, I have to, in order to share information” — I’m like, “Deyjah, they want you to sign this … so we can share information. Is there anything you would not want me to know?” “See doc? No problem.”‘

Meanwhile, the Rapper has a 15-year-old son, King who claimed he has been sexually active since the age of 14.  Rapper does not bother about his son, instead believes it is his daughter Deyjah who needs to be monitored.

According to him, Deyjah would come to appreciate his protective measures in the future.

I think that most kids in hindsight, looking back, they always thank their parents for not allowing them to damage themselves as much as they could have,’ he said.

On hearing this, the Hosts of the podcast who couldn’t resist the temptation to laugh out loud, called his Deyjah her father’s “prisoner”.

Kevin Hart Speaks Out On Cancel Culture Supporters: ‘Shut The F–K Up!’