Big brother reality star has officially announced the end of her partnership with her former management team, Billz Vizion which is owned by Tee Billz.

The Herald  earlier reported that there was a high chance that Tacha was no longer being managed by Tee Billz because she had removed all details relating to the management company from her Instagram page and also, Tee Billz had removed all pictures of Tacha on his page.

But until now, it was just mere rumors going around on social media.

Tacha took to her Instagram page to announce the dissolution of her management deal with Billz Vision.

Tacha made this public announcement via a notice she posted on her page.

Tacha noted that she had an amicable relationship with her ex management team, but they both decided to discontinue the relationship, as they look forward to greater opportunities in line with their individual aspirations.

She went on to  announce that her new management team will be unveiled soon, but in the meantime, her personal email address was put up for business contracts and enquiries. 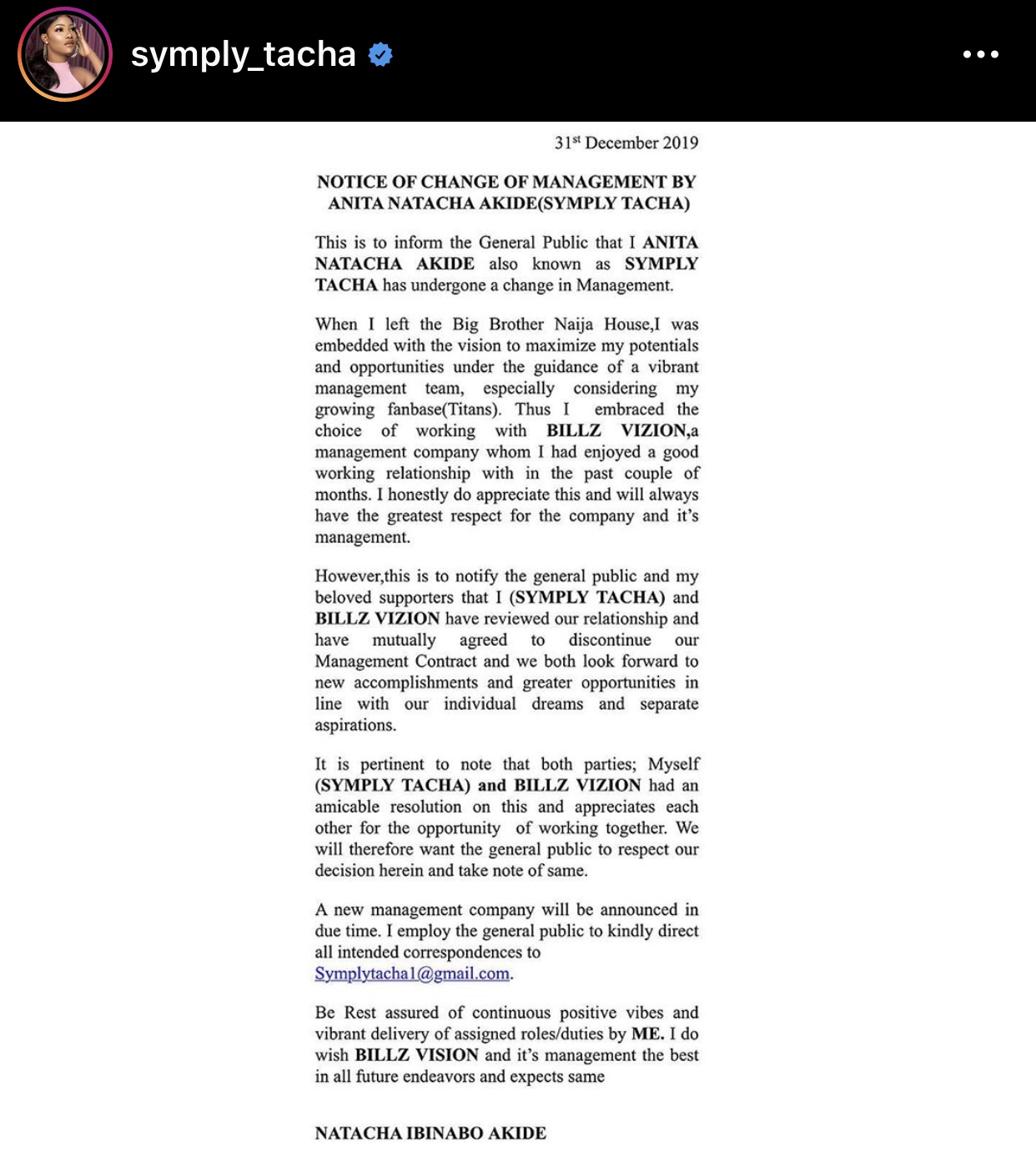 What could have been the reason for discontinuing their partnership?

LASU Money Ritual: I only removed Her Heart and Breasts – Pastor