The Real Relationship Between Obasanjo And King Andre- Tonto Dikeh

Nollywood actress and reality star, Tonto Dikeh has come out to clarify the relationship between Chief Olusegun Obasanjo and her son King Andre.

There is an erroneous assumption that Andre is Obasanjo’s grandson, an assumption that Dikeh has been quick to deny stating that her son and Obasanjo have no blood relationship.

The mix-up stemmed from an Instagram post in which posts pictures of Celebrities and their kids, in it was a picture of Andre and Obasanjo and it was captioned; “The former president of Nigeria Olusegun Obasanjo and his grand child… 100% cute..”

Tonto Dikeh was quick to clear the air, however, posting on her own account; “Excuse me, that’s my son and that’s not his grandfather in any way. Baba is a great men and has been wonderful to me and my son , but Unfortunately we have no blood relationship with Baba.”

She continued, “But I wouldn’t have you using my sons image for a Lie.. He has 2 grand fathers, One is late and Mine is very much alive.. I was as ignorant as you until I found the truth so pls pls and pls and pls again I’m a mother and I wouldn’t tolerate this…”

“Thanks and God bless you & your business..” 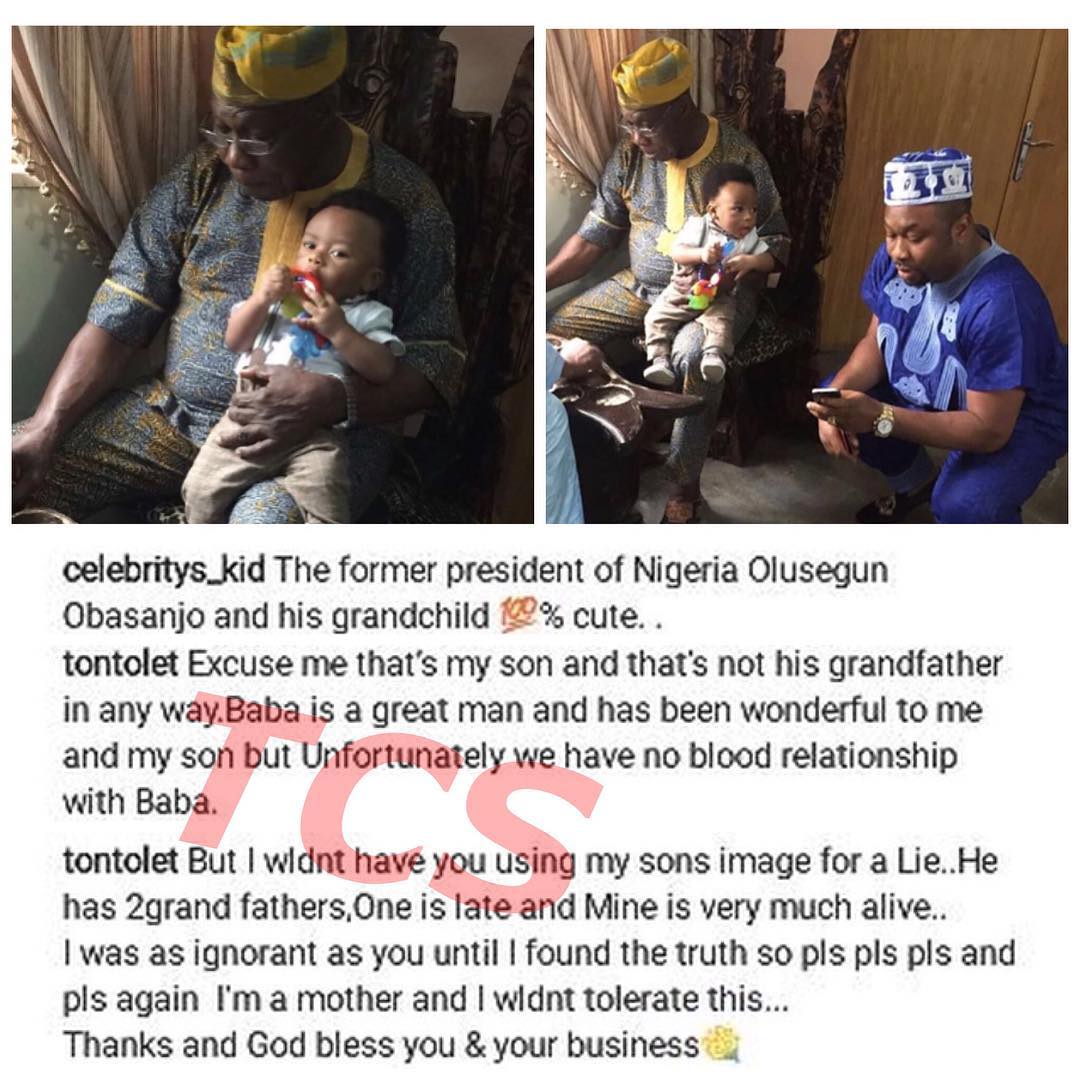