Leading Nigerian actress, Omotola Jalade Ekeinde, recently took to Twitter to voice her disgust at the way the Nigerian people are treated by their governments at local, state and federal levels.

The star who recently was honoured  and named by Time Magazine as one of the most influential people in the world, decried the way Nigerians are intimidated by the leaders who they elected into power and wondered why the government was lagging behind on key social deliverables like a functional health care system.

The actress involved Time Magazine, Amnest International and CNN in her tweets where she lamented on the astronomical levels of maternal mortality in the country.

Here are some of the tweets below: 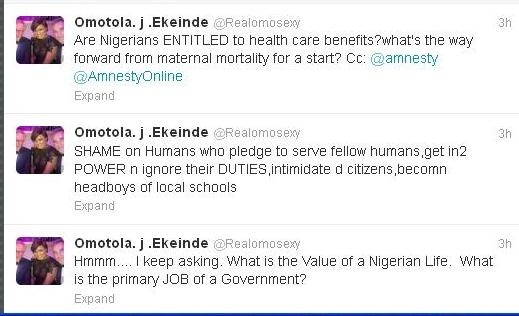 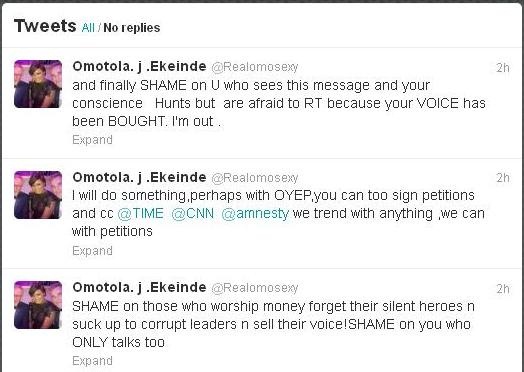