Tottenham Hotspurs have had a tough month. Letting leads slip, loosing a 2-0 lead at the champions league, defeat away to Leicester City and crashing out of Carabao cup on penalties to Colchester clearly underlines what kind of month Spurs are having. Club manager, Mauricio Pochettino speaks ahead of this weekend’s clash against his own former club, Southampton. 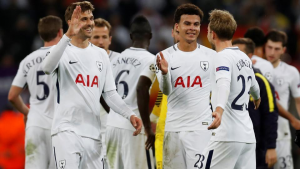 On the poor run of form:

“Football changes quickly. We need to stay together and try to be positive and start to win games, that’s most important.”

What Spurs are hoping to achieve against his former club:

“Again, to recover the best feelings, to perform better, many things that make us feel good and our fans feel proud. Palace can be a reference; I hope we can have the same performance and the same energy that we saw against Palace. I hope we can create a good atmosphere during the game to try to help achieve what we want and that’s the three points.” 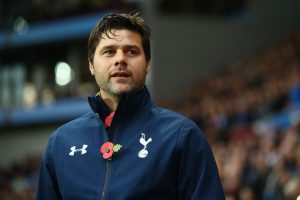 What he expects from opponents Southampton

“Southampton are a club I love and appreciate a lot. It’s always special for me to play against them. They have great players and a great manager in Ralph Hasenhuttl, who is doing a fantastic job. It’s going to be tough.”

“It’s always important to keep the belief in the Academy, the possibility for them to have the opportunity to play. For me, Japhet and Troy have a future here, only they need time and space to show their quality. They were good but of course disappointed like all the team that we didn’t win.”

Tottenham now have one less competition to compete in which in the long run may be a blessing in disguise. Coach Mauricio can now focus on Premiere League and Champions League which they went all the way to the final last time out but with the likes of Eriksen linked with a possible move away from the club come January tension seem high in the Tottenham’s camp and they may be looking at a tough season ahead.

Reactions As Dybala Beats Ronaldo To Serie A MVP Award