The account with handle @realDonaldTrump had been suspended since January 2021, after the Capitol riot.

However, Elon Musk last week organised a poll in which he called on respondents to vote on whether or not to restore Trump’s account.

No fewer than 15 million votes were recorded in the poll, and 51.8% voted in favour of reinstatement. 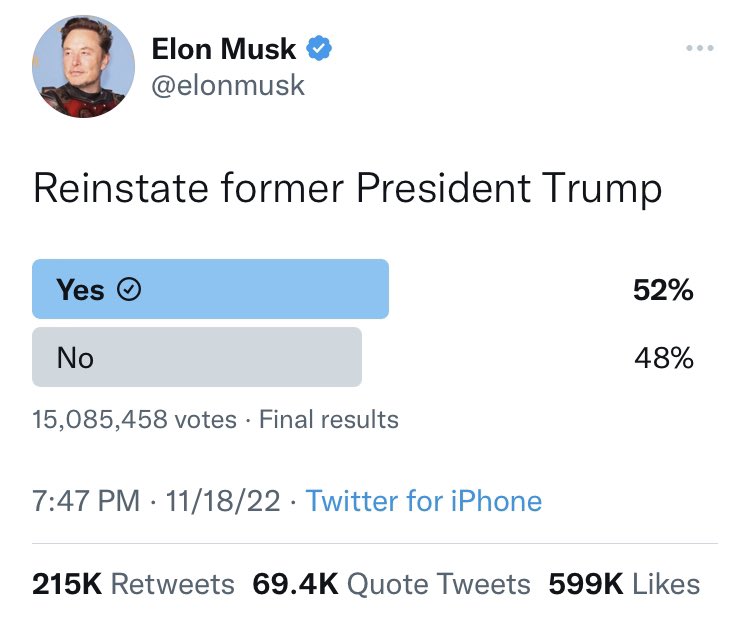 At the conclusion of the poll, Musk tweeted that Trump’s account would be reinstated.

“The people have spoken. Trump will be reinstated,” he tweeted.

However, he pointed in the course of the poll that vote numbers were being affected by automated “bots”, promising that something would be done to “clean up” future polls.

Meanwhile, Trump has shown a lack of interest in returning to the platform.

Speaking on a panel at the Republican Jewish Coalition’s annual leadership meeting, he said he saw no reason to return to Twitter.

The former president said he would stick with his new platform Truth Social, a Twitter competitor app developed by his Trump Media & Technology Group (TMTG) startup.

Balenciaga canceled over sexualization of children in new campaign