The world’s richest man, Elon Musk is trying to buy 100 percent of microblogging platform Twitter at $54.20 per share and take the company private.

In a tweet on Thursday, the Tesla CEO revealed details of a filing to the US Securities and Exchange Commission (SEC).

I made an offer https://t.co/VvreuPMeLu

Musk’s bid to buy 100 percent of Twitter, if successful, will set him back by $43 billion.

The filing contained a proposal to the Bret Taylor-led Board of Twitter offering to buy the popular social media giant.

A copy of the proposal is reproduced below: 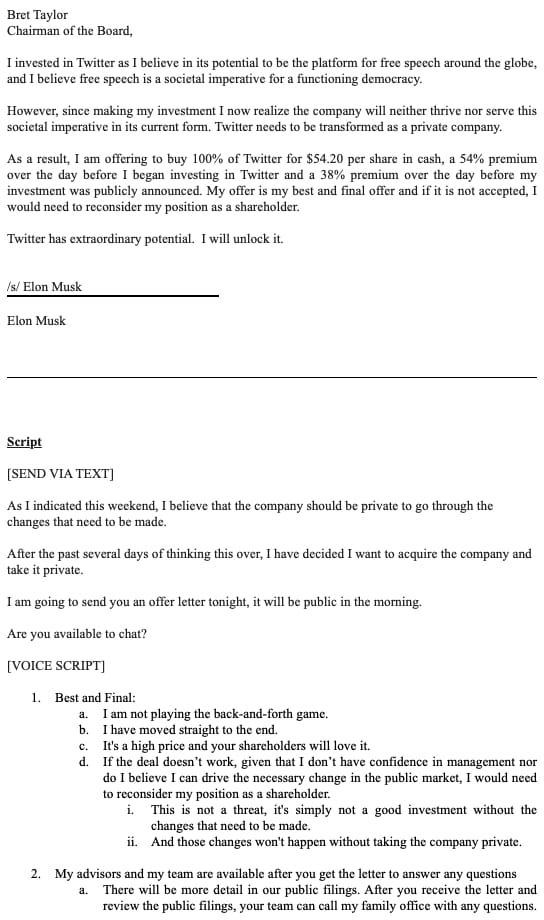 Meanwhile, Twitter’s share price opened at $45.85 per share on the New York Stock Exchange (NYSE) but jumped by 12 percent to $51.63 following the announcement.