Update: PSG face Barca in UCL Round of 16 draw

Barcelona will face Paris St. Germain (PSG) and former striker Neymar while title holders Bayern Munich are up against Italy’s Lazio in the 2020/2021 UCL last 16  draw held on Monday.

The clash of Lionel Messi and FC Barcelona with last year’s runners-up PSG is a repeat of their remarkable meeting at the same stage in 2017 when Barca overcame a 4-0 first-leg loss to beat the French club 6-1 in Spain.

Bayern will start as favourites in their tie but will be wary of Simone Inzaghi’s Lazio team who have reached this stage for the first time in 20 years.

“Lazio are an uncomfortable opponent, you saw that in the group,” said Bayern sports director Hasan Salihamidzic. “It is always uncomfortable against Italian teams’’.

Liverpool is unbeaten in their last 10 matches against German teams in all European competitions, a run going back to 2002.

Real Madrid face Serie A club Atalanta while Atletico Madrid will face Chelsea and Manchester City will take on Borussia Moenchengladbach, who are in the last 16 for the first time in the Champions League era.

Italian champions Juventus will face Porto, a game where Cristiano Ronaldo will return to his homeland Portugal.

The two-legged ties will be played from Feb. 16. 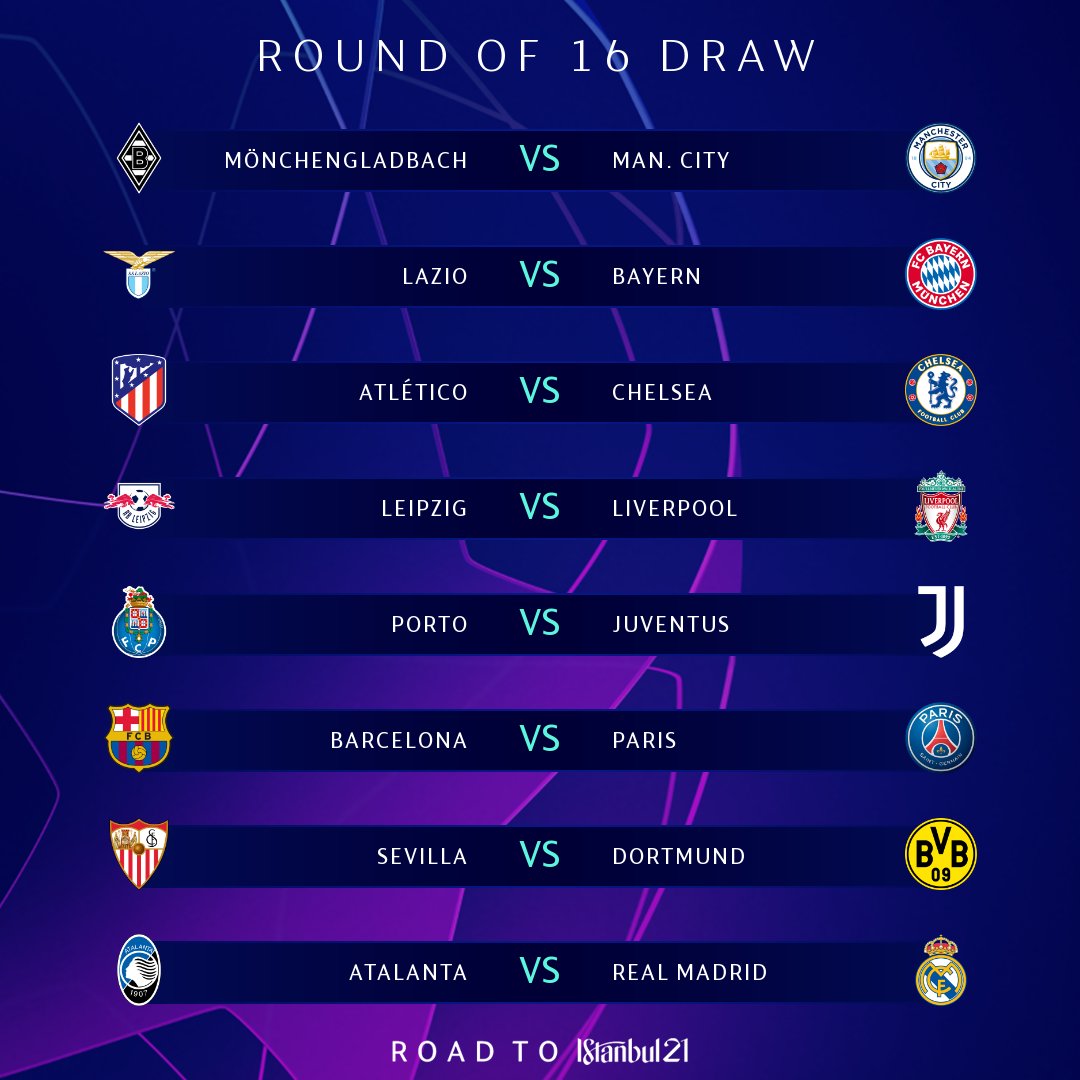