A Nigerian pastor has gone viral on social media after a video of him performing a mouth-opening miracle surfaced online.

The Nigerian pastor and founder of Mountain of Holy Ghost Intervention Deliverance Ministry (A.K.A the land of freedom), Pastor Chukwuemeka Ohanaemere was seen in the viral video resurrecting a woman who was reported to have been dead.

The video which surfaced online has since generated a lot of comments from different quarters as some persons speculated that the miracle was staged.

Pastor Chukwuemeka was in the video seen hovering round the dead woman then proceeded to lay on top of her before resurrecting her.

Read some of the comments by Nigerians below: 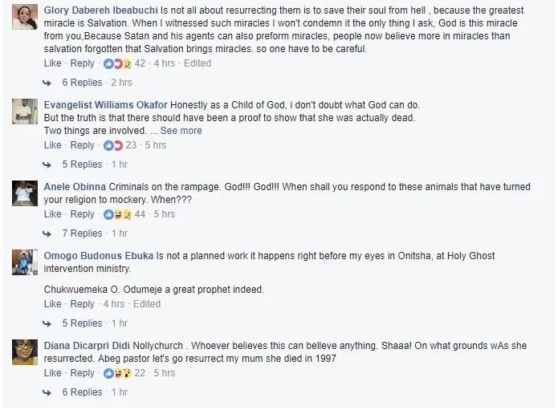 We Have Enough Evidence To Bury Amaechi – Nyesom Wike

Soludo reacts to killing of woman, 4 kids in Anambra

Van driver burnt to death inside vehicle in Calabar