Popular American TV host, Wendy Williams, has now found herself a second partner within months of leaving her 25-year-old marriage to her producer, Kevin Hunter.

Hinting at the existence of a new boyfriend on her TV program two days ago, she explained that he was a doctor in his 50s. And being in her age range, she felt he would be more mature when compared to the younger Marc Tomblin, 27, who she has been having a fling with.

Williams stated that although, Marc was good for her at the point they met, she needed a man with a higher level of maturity.

She explained, “I’m not on the market anymore…I’m not in love, but there’s someone I’m crazy about!

“27-year-old boys quite frankly do find me attractive. But when it comes time for the comfort of a man, I need some time in their 50s too.” 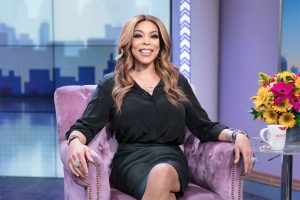 The show host became particularly pleased and somewhat happy after making the announcement before she added, “And he’s got to work. And, it doesn’t’ hurt that he’s a doctor.”

Willaim’s decision to divorce her husband came after she discovered he had fathered a child with his longtime girlfriend despite being married to her.

See the video where she opened up about her new relationship below.