Kogi state government has revealed the reason behind the terror unleashed by gunmen on Federal Medical Centre (FMC) Lokoja on Wednesday, July 1.

According to the state government, the attack was  launched by aggrieved relatives of FMC patients who had grievances against the medical staff of the health facility. 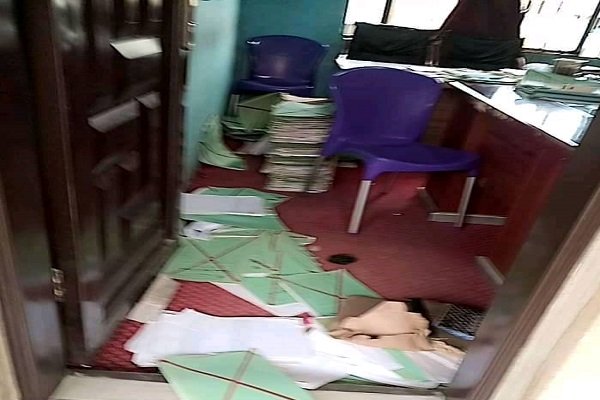 This was contained in a statement released by Commissioner for Information and Communications, Kingsley Fanwo.

“The attention of the Kogi State government has been drawn to the unfortunate scuffle between the staff of the Federal Medical Centre, Lokoja, and some patients’ relatives at the hospital, this morning.

“Preliminary findings revealed that the violence ensued when relations of patients in the medical facility protested against the failure of the management of the hospital to attend to them.

“Tension started building since yesterday (Tuesday) when patients and their relatives learnt of a plan by the medical staff to stage a protest today (Wednesday), seeking protection from Covid-19.”

Appealing for calm, Kogi state government assured medical staff of its commitment to protect them from further attacks.

“We also sue for calm and urge medical authorities to remain committed to their medical profession and responsibilities, as government will protect them in order to give them the confidence to deliver.

“Healthcare management must never be politicized. Also, government will carry out further investigations to ascertain the remote causes of the breach of peace by the protesters and also address their fears.

“The Kogi State government will also make the state-owned Specialist Hospital available to patients in critical condition, and who are denied medical attention by the authorities of the Federal Medical Centre, Lokoja,”