According to the former lawmaker who spoke The Punch, he had always dreamed of marrying a virgin who comes from his state of origin and meeting Regina was the key to actualising his dream.

The billionaire disclosed, a friend introduced him to the teenage actress, he was immediately drawn to her after realising she hailed from his state.

Knowing Regina was a virgin was the icing on the cake which reinforced his decision to marry her.

“I liked her when I saw her (Regina Daniels), especially when I found out that she was from that place. I had always wanted to have somebody (a wife) from my side. We were introduced to each other and one thing led to another.

“That was when I found out he is a very decent girl I have always said that I wouldn’t marry anybody who isn’t a virgin and that is very important to me when I found out that she was a virgin, it reinforced my decision to marry her. I married all my wives as virgins” said the 59-year-old billionaire 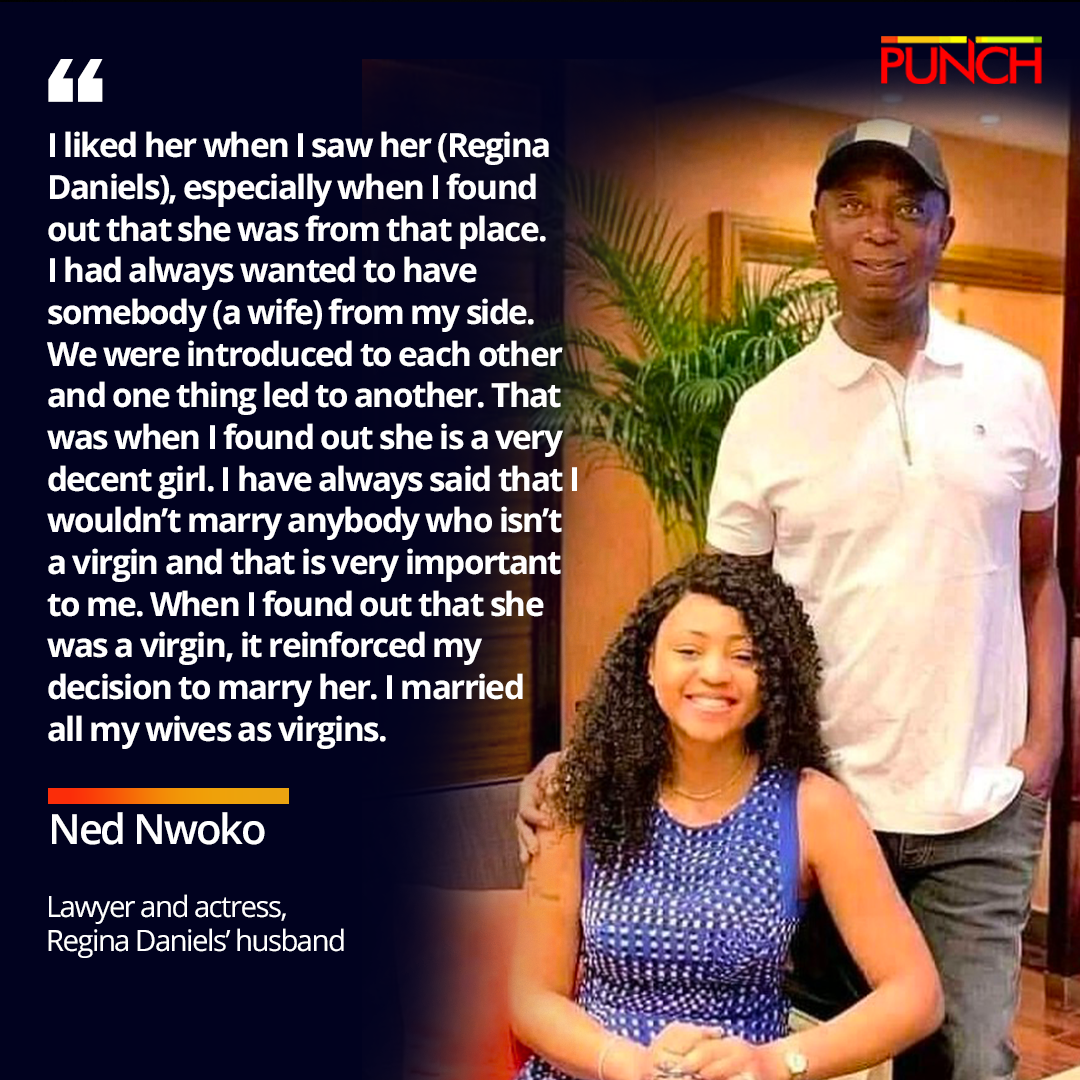 I did not receive N28M from Magu: Femi Falana Demands Retraction of NAN Publication