A man has narrated how he lost his mother to hypertension on Saturday morning because police officers demanded 20,000 bribe before letting him take her to the hospital in Port-harcourt, Rivers State.

According to the man who took to social media via his Twitter handle, @peterugavah, to narrate his experience, his mother had managed hypertension for twenty years.

The duo were on their way to the hospital after his mother developed complications. They were stopped by police officers who demanded he pay 20,000 in cash before he could pass.

The man said he didn’t have the cash and offered a bank transfer, but the police officers refused saying the money could be traced.

He suffered the horror of watching his mother pass away at the back seat of her car while the Police Officers kept insisting on collecting 20,000 cash.

The man lamented bitterly that the Nigerian police had turned him into an orphan while expressing his hate for the country.

He asked Governor Nyesom Wike of Rivers if citizens weren’t allowed to go to hospital in cases of emergency during the lockdown.

Governor Wike is yet to reply the query at the time this article was written. 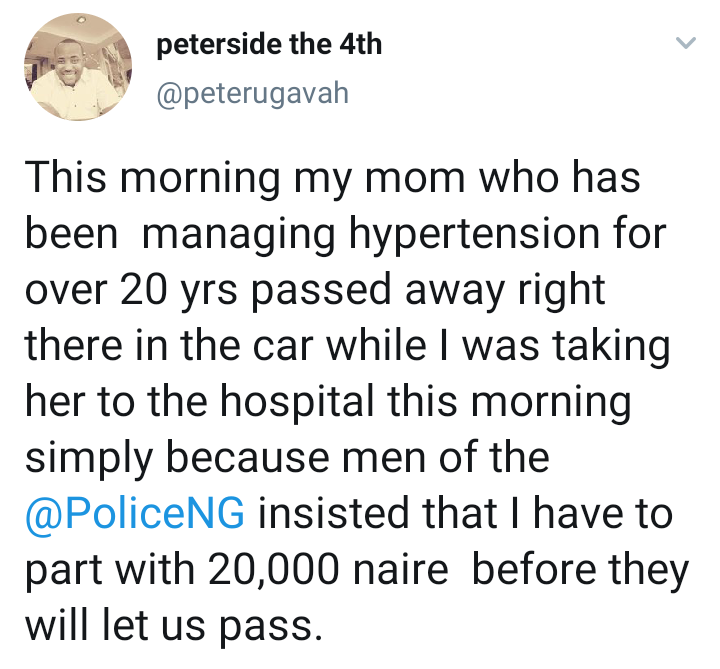 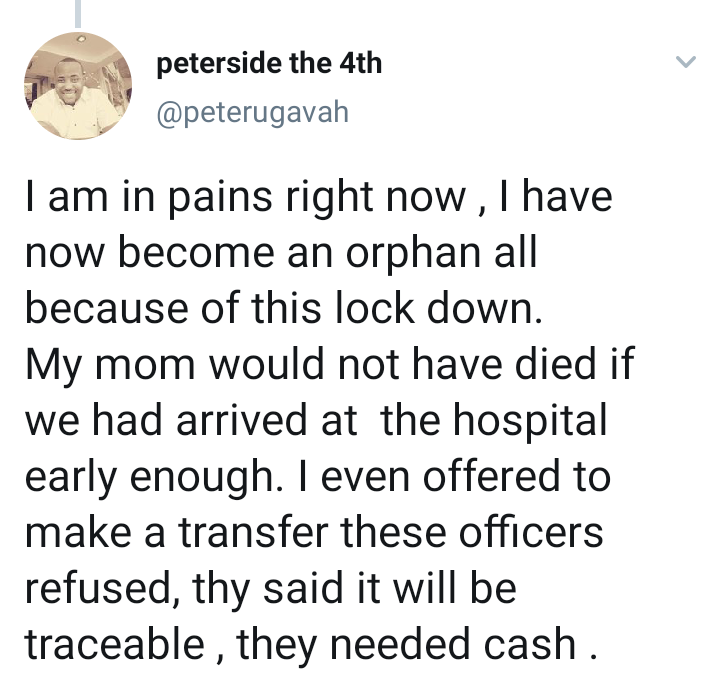 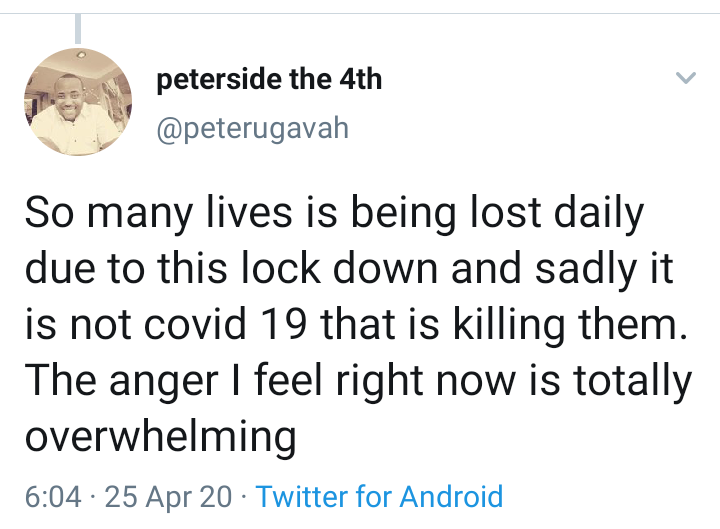 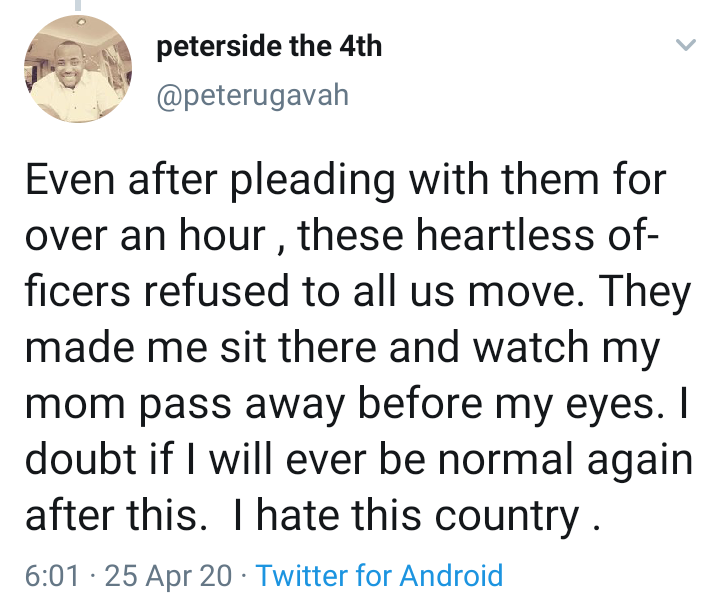 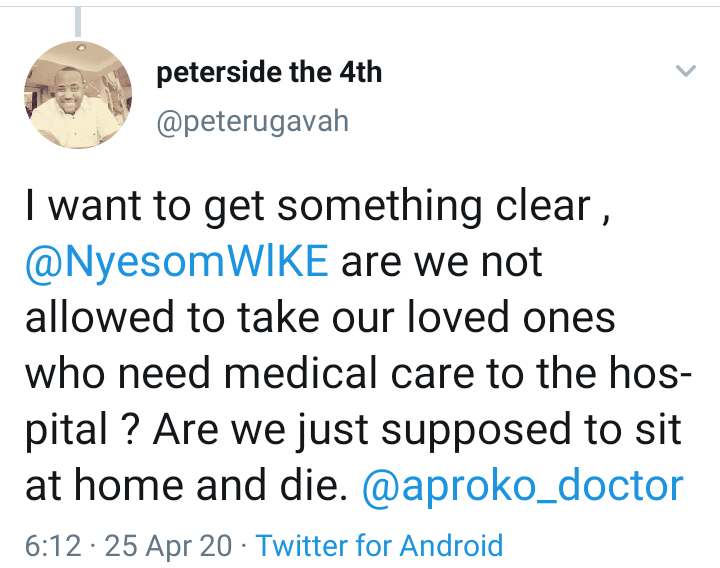 he Rivers State Government had declared a lockdown of the state to contain the coronavirus spread across the country. Since the lockdown was instituted more than a week ago, there have been reports of abuse by security personnel.

Reports by human rights groups last week accused the Nigerian police of killing more Nigerians than the coronavirus in their bid to enforce a lockdown.

230 Nigerians stranded in Dubai after paying N242k per head

Igbos not properly organised to produce president in 2023 – Senior lawyer

Senate President to Governors: Restructure your States before calling for…