The search for Emiliano Sala continues but wreckage from his plane has been found in the English Channel. The new Cardiff City signing was aboard the Piper Malibu N264DB when it veered off course while moving from Nantes in France to Cardiff, in England. The Argentine was the only crew on board and the only other person in the plane was his pilot, David Ibbotson.

The privately employed accident investigators will now deploy a submersible to search the wreckage to ascertain if Sala was trapped inside or not. The lead investigator, David Mearns, subsequently revealed that the wreckage was found at a location off Guernsey.

He explained, “All I will say, is that there is a substantial amount of wreckage on the seabed.” 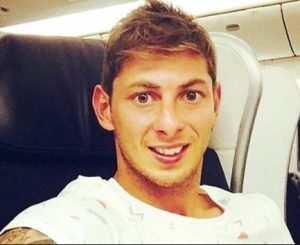 David’s search team have temporarily paused their search so that the Air Accident Investigation team, who are already at the site, can proceed to recover what’s left of the aircraft.

While discussing the incident on Twitter, David wrote, “The families of Emiliano Sala and David Ibbotson have been notified by police. Our sole thoughts are with the families and friends of Emiliano and David.”

Sala’s father, Horacio, was also on Cronica TV to share his thoughts on the latest development. “I cannot believe it. This is a dream. A bad dream. I am desperate,” he said while responding to the news.

Sala had signed for Cardiff after a club record deal of £15 million was sealed. He would have started training with the team since last month if the incident had not occurred.

Photos: Many terrorists killed as Army repel attack from Boko Haram in Borno