A man has lost his life to phone electrocution in Thailand after he was reportedly using his phone while charging it close to his bed.

Daily Mail reported that the 22-years-old Thai man had resorted to keeping himself engaged with the gadget while he waited for the arrival of his nephew at his residence in Nakhon Ratchasima province, earlier this week.

At the time his relative got to his apartment the deceased was seen holding the gadget tightly while he remained in motionless for many minutes. 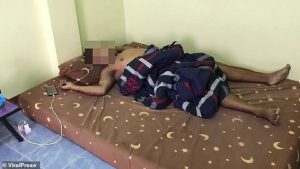 He was later confirmed dead after his body was examined.

The latest incident is the second death through phone electrocution that has occurred in Thailand in the last few months.