On the eighth anniversary of their wedding, popular actress, Annie Idibia has taken to Instagram to shower encomiums on her husband and legendary musician, 2Baba.

In her post that has been shared more than 100,000 times, she described her husband as her “first crush”, thanking God that she married her “first love”.

Annie said she knew from the start that 2Baba would be her husband because of the “chemistry” they shared.

She further described him as her “soul mate”, “sunshine” and the “baby daddy” to her first child.

“I gave you all of me, knowing that in you and you only, has this imperfect girl found perfection,” she wrote. 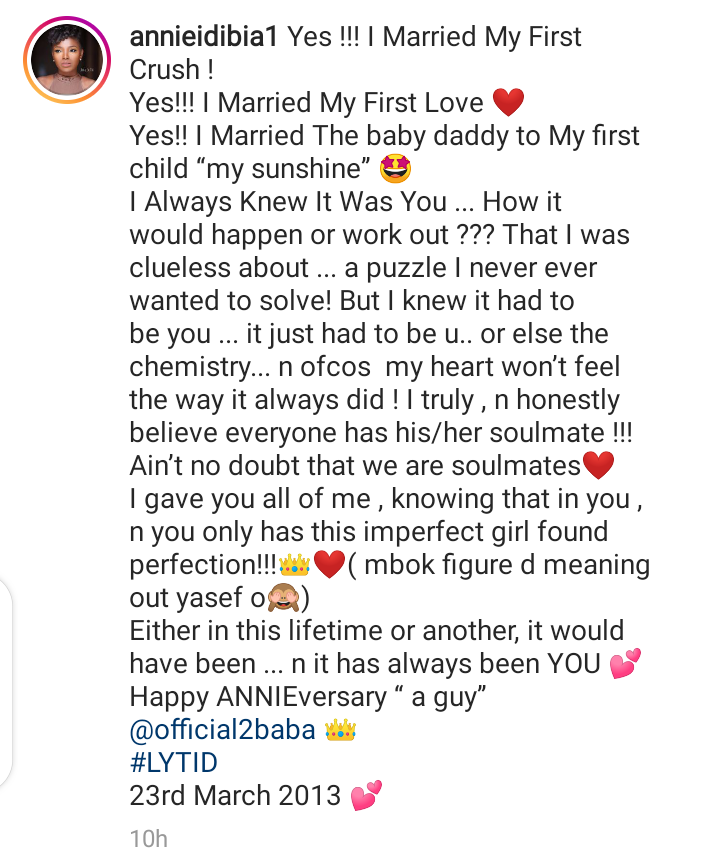