An 11-year-old girl has reportedly birthed her first child after she was impregnated by her brother in law.

The lady whose name is undisclosed was sexually abused by Moussa Oulen, a 50- year- old man from gueckedou who is married to the victim’s sister.

The story which was posted by a group, Kona Media, on their social media platform reveals that the young lady was brought to the house by her elder sister, in order to assist in the domestic chores but was abused by the man who is said to be at large.

See the photos of the young mother and child while in hospital. 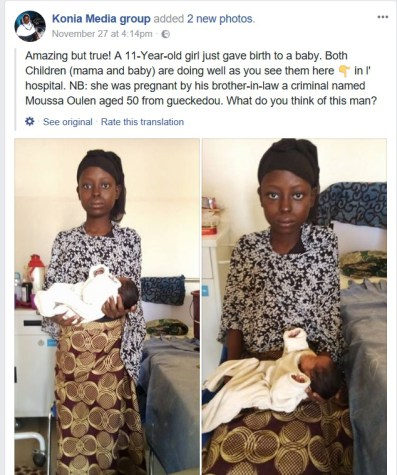