A southerner would have been the 2023 presidential flagbearer of the Peoples Democratic Party (PDP) but for “enemies of progress” that reneged on agreement, the Integrity governors have said.

The governors made this known on Wednesday night ahead of the flag-off of the campaign of the Abia State’s chapter of the PDP.

The statement said that the governors were received by the fifth member of the Integrity governors and Governor of Abia, Okezie Ikpeazu, who organised a gala night event for them in his country home, Umuobiakwa.

Speaking on behalf of the governors, Ortom said that the Integrity governors remained committed PDP members. 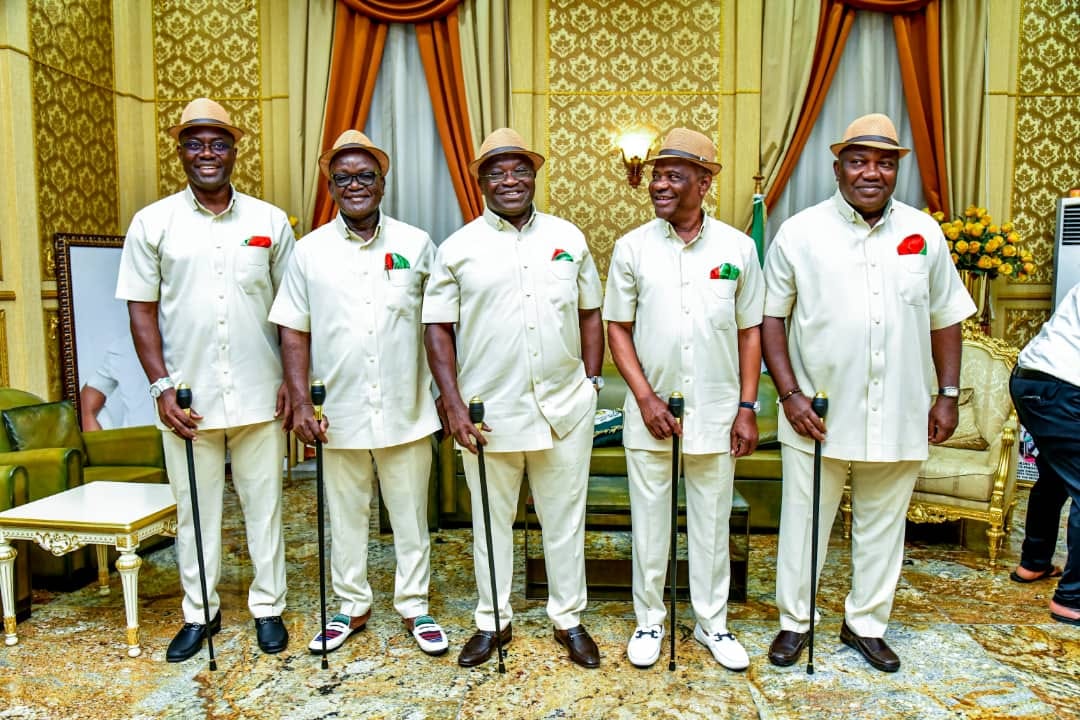 He stressed that being governors of states controlled by the PDP, they were working assiduously while deploying political strategies to ensure victory for the party in the 2023 general election.

“We have teamed together to build this party to make it very strong and our intention was that we will take over governance in 2023 and build Nigeria again from bottom to top,” Ortom said.

He said that the five governors were men of integrity who believe in equity, fairness, and justice and would never succumb to any intimidation.

“One notable person that has made this party what it is, is governor Wike. Since he joined PDP, he has never left PDP.

“In 2015, when I was denied the ticket, l left, went to APC and grab the governor, came back to PDP, because PDP is home.

“So, we appreciate PDP. It is the platform we are working for in our various States. We are not going to be intimated. We appreciate the traditional rulers. You charged us not to be intimidated but stand for the truth. That is what we stand for,” Wike said.

Ortom expressed regret that some of those who were part of the accord on the demand that the next president of Nigeria should be a southerner eventually “chickened out”.

“Unfortunately, enemies of progress came in. Because one thing that we believed as men of integrity, as men who believed in equity, fairness and justice was our resolve.

“All of us and many others who chickened out, especially from the South resolved that after eight years of rule in the North, we all know that in the unwritten constitution of this country, that it was only right for the sake of justice and equity that presidency should come from the South. And that is what we have stood for,” he said.

Ortom said further, “Unfortunately, we have found ourselves where we are. But, we told ourselves, we are not going to leave the PDP. You cannot build a house and when a snake creeps into your house, do you abandon that house and run away to go and build another one?