Three suspected human traffickers have been apprehended by the National Agency for the Prohibition of Trafficking In Persons (NAPTIP), in an operation that saw the rescue of 14 victims. The suspects, namely Evelyn Jerry, Stephen Rebecca, and Richard Patrick,  were originally accosted by some soldiers who were on duty around Lokoja in Kogi Stae. After some interrogation, the soldiers moved them to the Nigeria Immigration Service office in Lokoja, before the case was eventually transferred to NAPTIP. 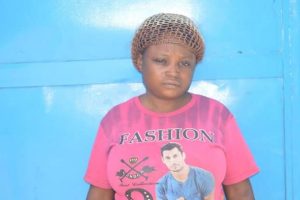 While the suspects were two females and one male, their victims were nine females and five males whose age range is between three and thirteen years.

The victims were stuffed into an eight-seater Alhambra Sedan vehicle which was way too small to contain all of them conveniently.

When investigations were carried out, it was discovered that the victims had been picked from a location around Riyom Local Government in Plateau State, but were going to Ekpoma in Edo state when they were apprehended.

The suspects later confessed that they are from the same locality as those they were trafficking and their plan was to take them to some houses where they would be working as labourers. They equally confessed that their parents are aware of what their kids would be asked to do when they get to Ekpoma. 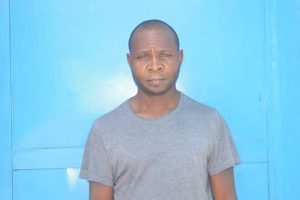 In his reaction to the incident, NAPTIP’s Director General, Dame Julie Okah- Donli, acknowledged the efforts and input of the Nigerian Army and Immigration officers who ensured that the case got to the right authorities.

She said,  “this is what the National referral mechanism, being put in place by NAPTIP and relevant organizations, aims to achieve. There needs to be a synergy in our collaboration towards the elimination of human trafficking from Nigeria”.

Julie equally stressed that the laws forbid anyone to use children below the age of 12 as domestic workers, stating that anyone found guilty of the offense will be appropriately prosecuted.

She continued, “such acts fuel the incidences of child exploitative labor, and the Agency will not tolerate such abuse on our children, and the suspects will definitely be charged to the court upon the completion of preliminary investigations”.

Cultism: residents bemoan the resurgence of Awawa Boys in Agege

30 years after, train freight services begin from Warri to Itakpe