Itok who works as a Marketer with Prudential Microfinance bank was arraigned before an Uyo Magistrate court where he was accused of publishing several articles against the state Governor and members of his cabinet, in order to disrepute the Governor.

A copy of the Itok’s charge obtained by Premium Times reads;

“That you, Mr Michael Itok and another now at large, sometimes in October, 2019 at 1000 Units Housing Estate, Idu Uruan, Uruan Local Government Area, within the Uyo Magisterial District did constitute yourself into a nuisance by publishing damaging and annoying articles on your Facebook page with the aim of harassing, blackmailing and bringing to disrepute His Excellency Deacon Udom Gabriel Emmanuel and other staff of the Akwa Ibom State Government House, and thereby commits and offence punishable under Section 6(1) (f) of the Akwa Ibom State Internal Security and Enforcement Law, 2009.” 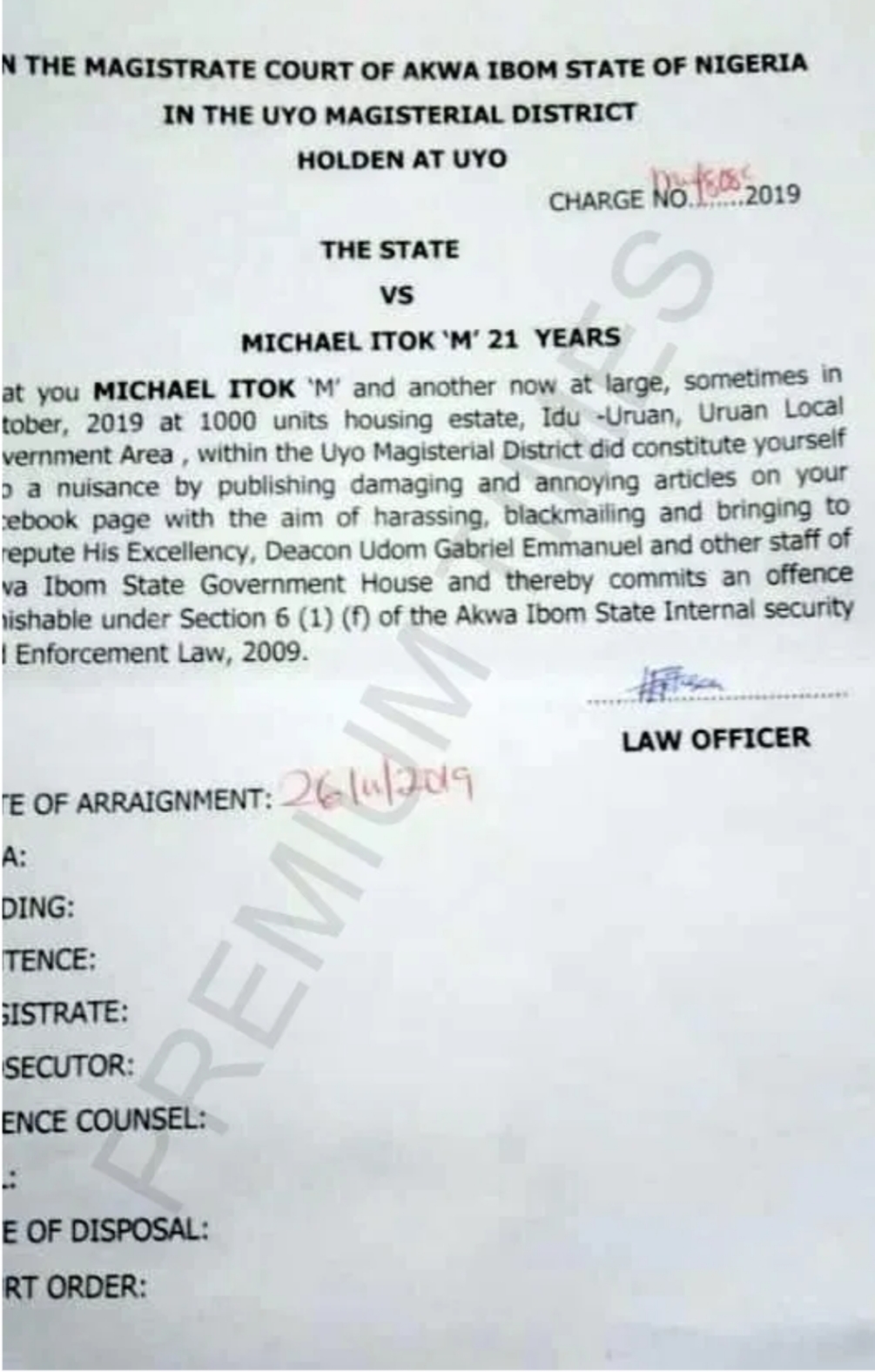 The bank marketer was arrested by unidentified men on October 8, 2019 in the bank.

Apparently, His last facebook post on Oct 7, 2019 where he accused Gov. Udom of defrauding his people must have triggered the arrest.

He spent 40 days in detention before he was arraigned in the Uyo Magistrate court on Tuesday, Nov 26, 2019.

A source at Prudential Microfinance Bank informed Premium Times about Itok’s arrest. The source who was absent at the time of his arrest told newsmen, the bank marketer left a message on her office desk.

“I might not be able to get his message word for word, but he said, ‘Please madam, any day I don’t return to work or you don’t see me, know that Udom’s boys have picked me!”

Why EFCC should not seize my Ilorin property – Saraki