In October 2019, Mercy Eke took to her Instagram page to announce an ambassadorial deal with Moët Hennessy. She shared pictures and videos. 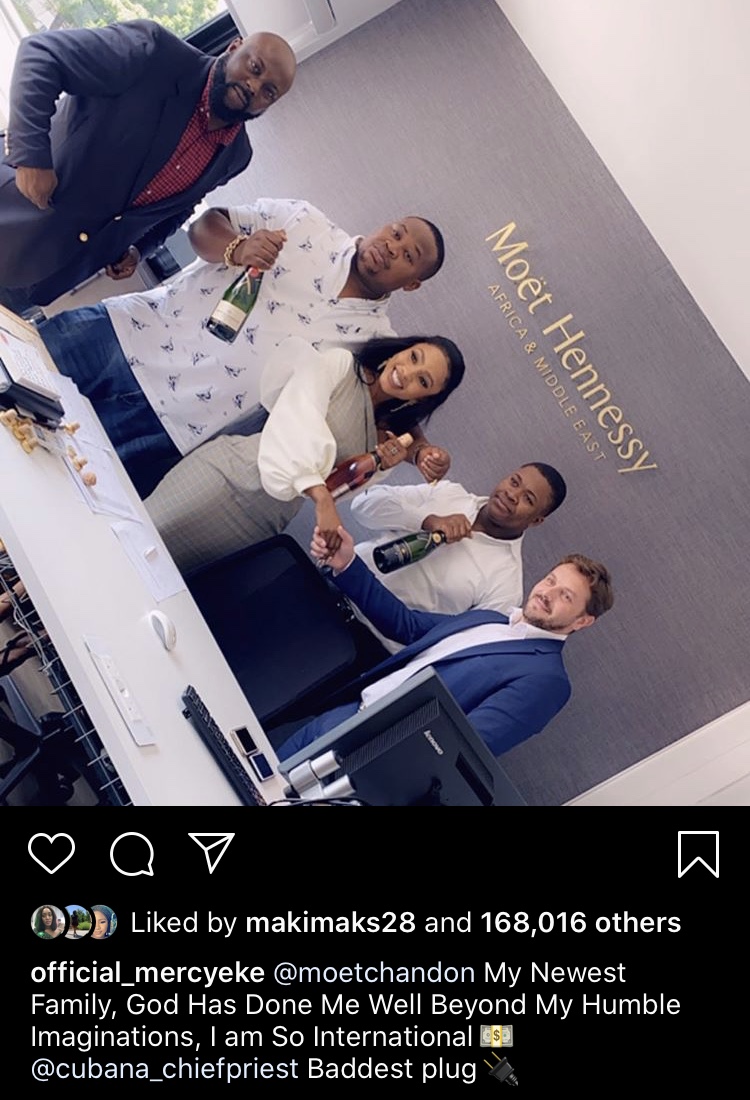 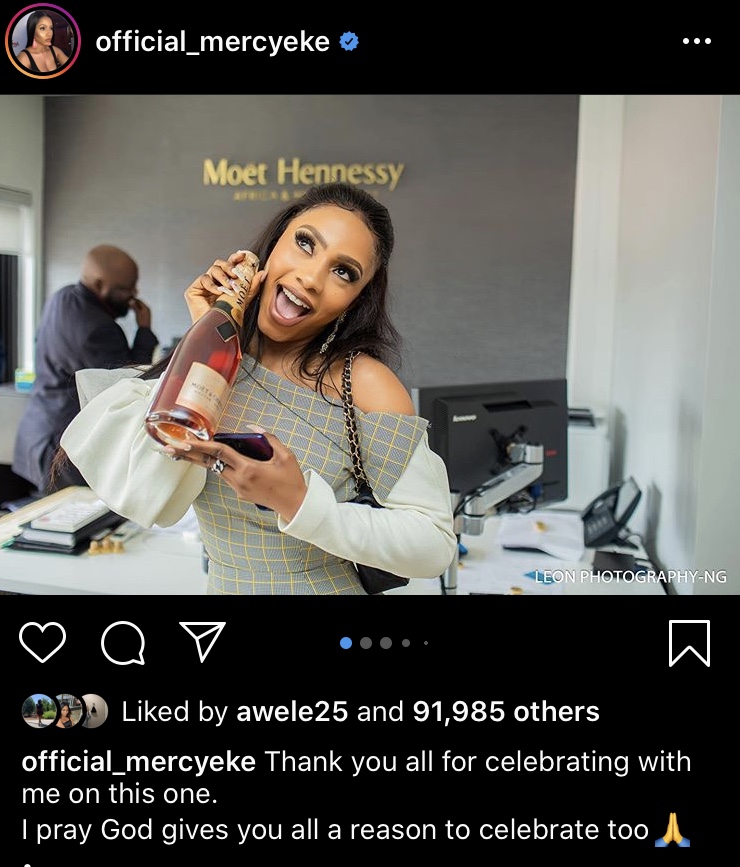 However, Paula Audrey claimed that Mercy Eke was not a brand ambassador of Moët Hennessy.

Paula Audrey, Mercy Eke and Cubana Chiefpriest only went to pay a visit to the Moët Hennessy team, but Mercy was not signed as a brand ambassador.

She wrote: “Specifically, I am  told Mercy and Cubana Chiefpriest went to visit the Moet Hennessy team but it was never question of her becoming an influencer for the brand (this comes from someone at Moet Hennessy in Lagos).

“Little update on this story: someone from Moet Hennessy reached out to me to tell me Mercy has NOT been signed as an ambassador or influencer. I have a hard time believing she would publicly lie on this but as I said, she does not fit the M.H. guidelines so something is fishy..”

Following the whole drama, Mercy Eke deleted all the posts relating to the company.

Now almost a year later, During the BBNaija reality show, Mercy has addressed the issue. She revealed that she was unable to go ahead with the deal, though the company was a big and well recognized one.

“My management made me return the money because, they refuse to apologise and the damage has been done.” She said

She blamed the loss of money, damage to her integrity and image to the fan who went ahead to make public information that was not true and also not gotten from the right source.