Nigerians have been plunged into a state of darkness as Ikeja Electric Company, responsible for power distribution in Nigeria, have embarked on an indefinite strike.

The Power company joined the National Union of Electricity Employees (NUEE) to state their grievances to the federal government.

However, Ikeja Electric in a bid to show solidarity to the NUEE joined the strike despite not knowing the grievances the union has against the federal government.

This was made known in a statement issued by the Power Company;

UPDATE – This is to inform you that the National Union of Electricity Employees (NUEE) has embarked on a Nationwide strike effective December 11, 2019. It is important to state that the grievances of the Union are not specific to Ikeja Electric, but directed at the Federal Government and the entire Power Sector.

However, due to the strike, there may be a disruption of services across the Network.

Ikeja Electric is working with the Federal Government and other relevant stakeholders to ensure that the Industrial Action is called off and there will be a resumption of services to our esteemed customers.

All our online portals, social media handles and vending platforms remain available for our customers to access.

Thank you for your patience and understanding. 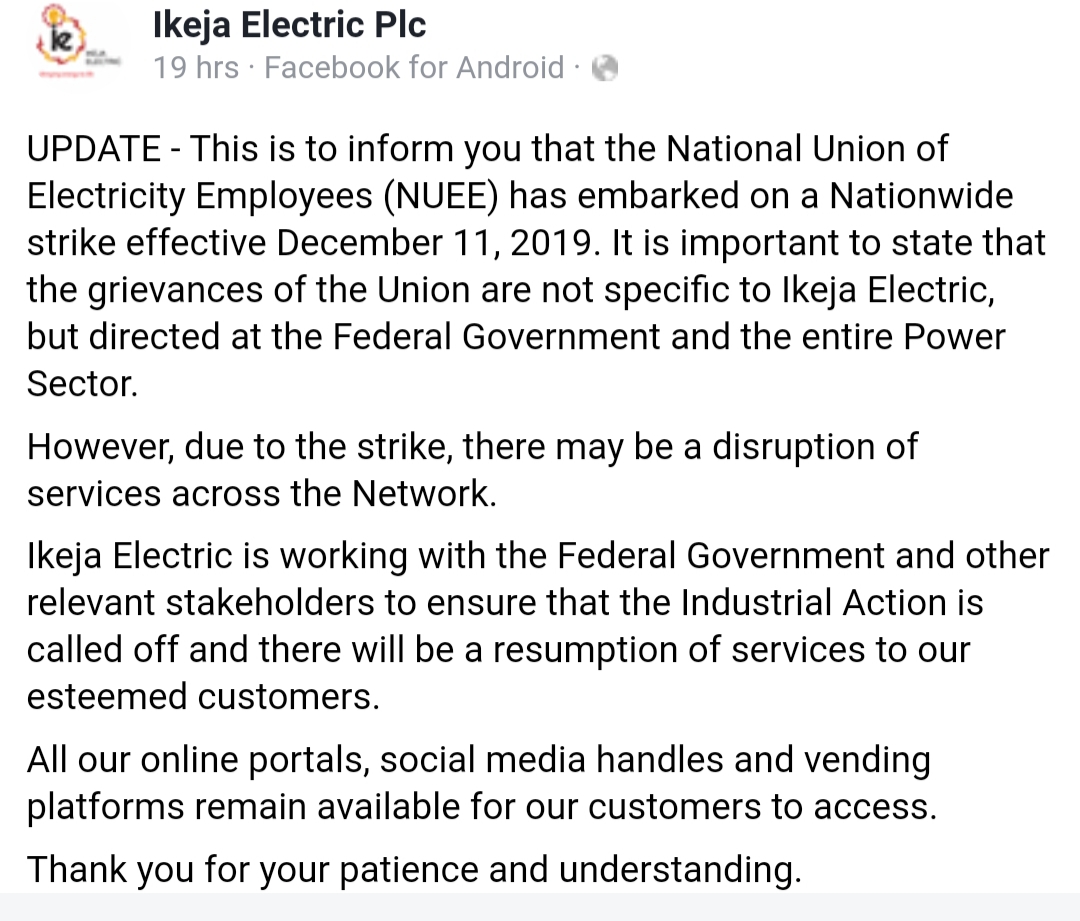 Shocking: Maina’s sister testifies against him in court