Boob Reveal Was A Mistake, I Didn’t Do It For Popularity- BBN’s Alex

Big Brother Naija is over, but the ripple effects can still be felt and everyone who partook in the show cannot claim to be the same again.

Alex who was one of the contestants and was even part of the top 5 sat down for an interview in which she discussed a lot of issues and one of the ones that inevitably came up was her nudity in the house when she seemed to expose her breast to the public. At the time it was perceived to be a publicity stunt and many have slammed her for it. 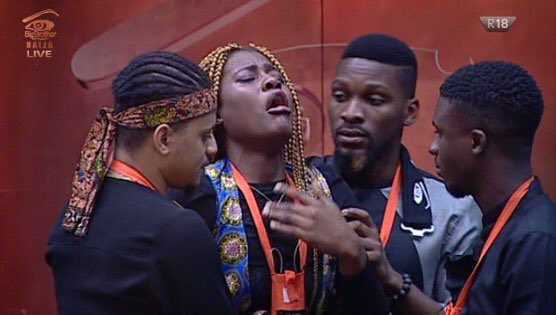 Answering the question posed to her on the issue, she said: “Showing my breast while I was in the house was an honest mistake. It was unintentional and it was not done because I wanted to have more fans”

She was tight-lipped about reports that said she had an abortion for a former boyfriend when she was much younger. She did say that the story has been twisted. She said; “That is something I haven’t even discussed. I think that issue was grossly misinterpreted and it is something I don’t even want to explain right now. I want everyone to believe whatever they want to believe. I was close to Princess’ brother but there was never a story like that about him.”

She also made mention of her Father’s condition and her family background, “I really don’t have much to say about that but I think it is a very wrong for anyone to say that I am from a poor background. I won’t describe my family as poor because I haven’t suffered all my life. At some point, we had financial issues but that was in the past. I wasn’t supposed to say it in the house but that is okay. Everyone is entitled to their opinions about my background because a person’s background doesn’t determine where he or she is going to end up. Coming from a poor background and being where I am today is something I should be proud of. Also, the issue of my father’s illness is personal. I didn’t win the money but right now, I am going to work hard to ensure he gets proper treatment.”

Why Prince Harry Wanted to Marry A Celebrity

I’ll be smoking weed in California in 6 years – Peruzzi

‘6 Producers Molested Me For Being Gay’ – Uche Maduagwu Claims