An Associate Professor of Journalist at Kennesaw University who also writes for The Tribune newspaper, Farooq Kperogi has accused President Buhari of womanising, saying his philandering act is well-known to his military colleagues.

According to him, this act of womanising allegedly seemed to be the only vice of the President who neither drank nor smoked, but would not pass up an opportunity to have a go at women. A “Sexual Athlete” Farooq  called him

The Journalist tweeted a close associate of Buhari once said that one could leave money, hot drinks and cigarettes with him for months and the President would not touch them but he (the close Associate) would not dare to leave his woman alone with him , for fear of finding her pregnant upon his return, although Farooq said this may be exaggerated.

One officer who served with him in two stations had this to say: ‘You can leave your money, bottle of hot drinks or packets of cigarettes with Buhari, go away for several months and return and find nothing would be missing.”

“But leave your girlfriend or sister with him and you might return to find her pregnant.’ That might be an exaggeration but he had that reputation.”

To buttress his point, Farooq shared the excerpt of a book, authored by Dr. Dele Sobowale, titled LETTING A THOUSAND FLOWERS BLOOM (IBRAHIM B. BABANGIDA 1985 – 1992) Page 10 of this particular book allegedly captured the true nature of the President.

ALSO READ: No one can separate Buhari and Mamman Daura – Usman Daura

Here are screenshots of Kperogi’s tweets 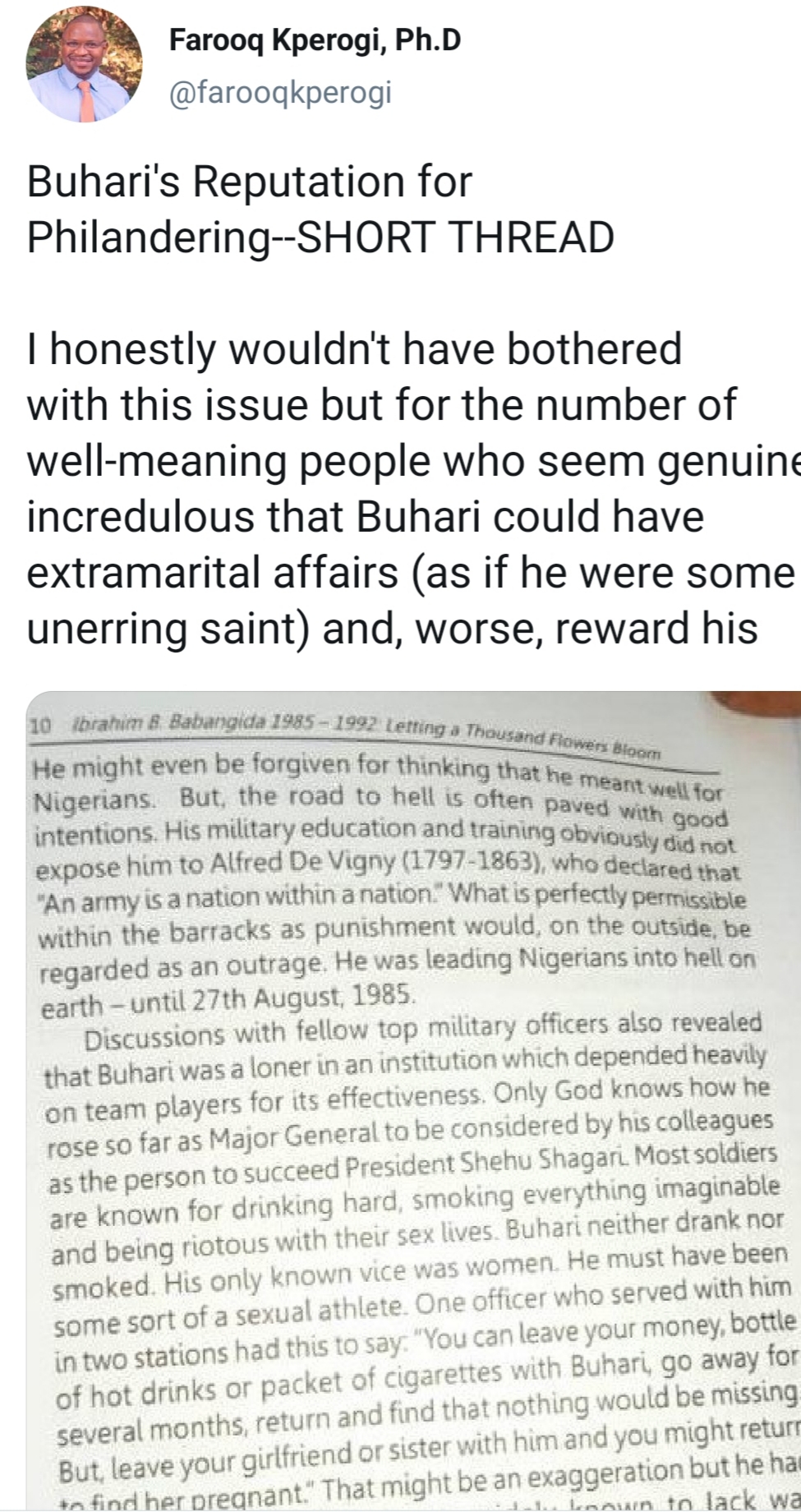 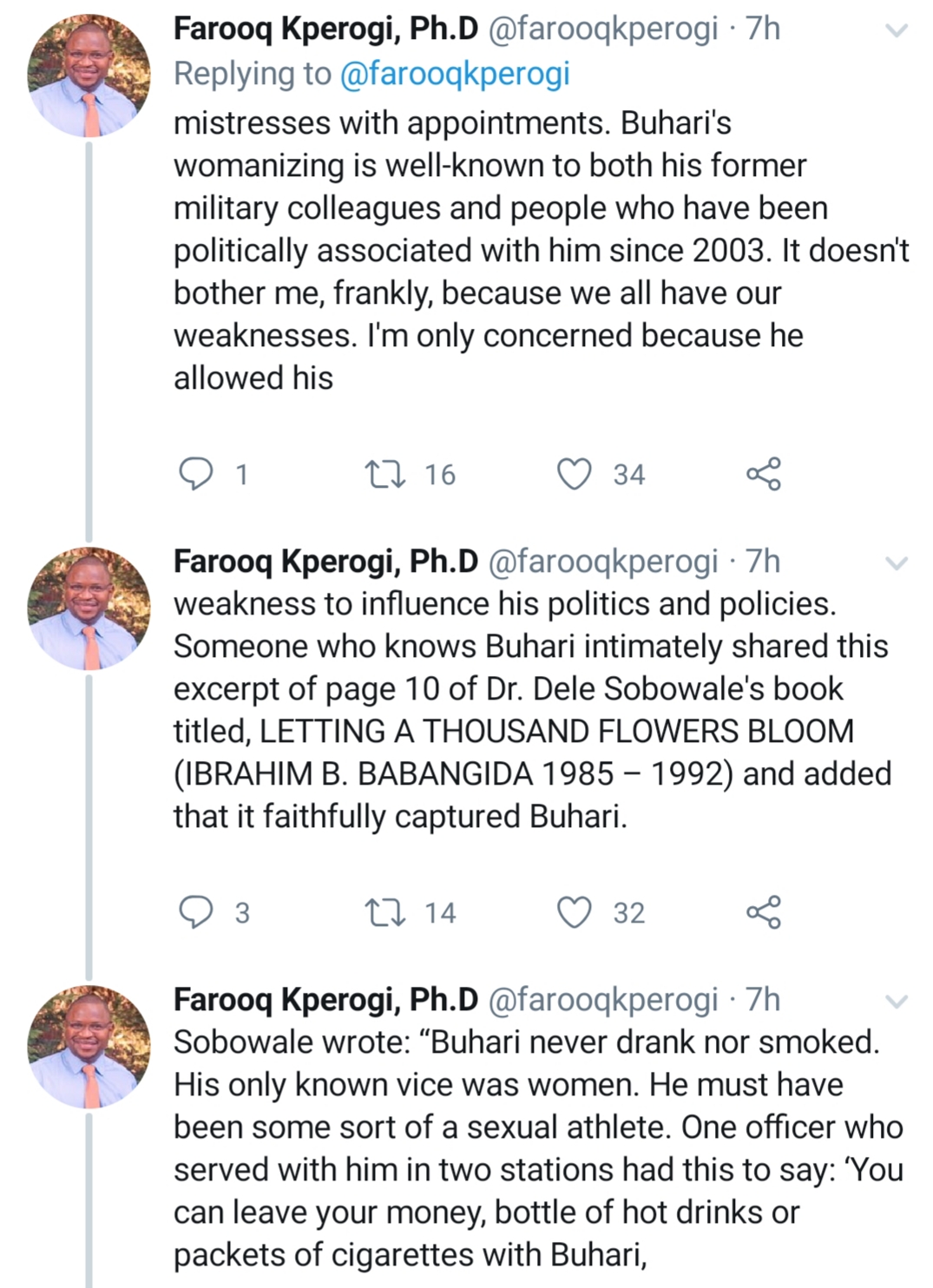 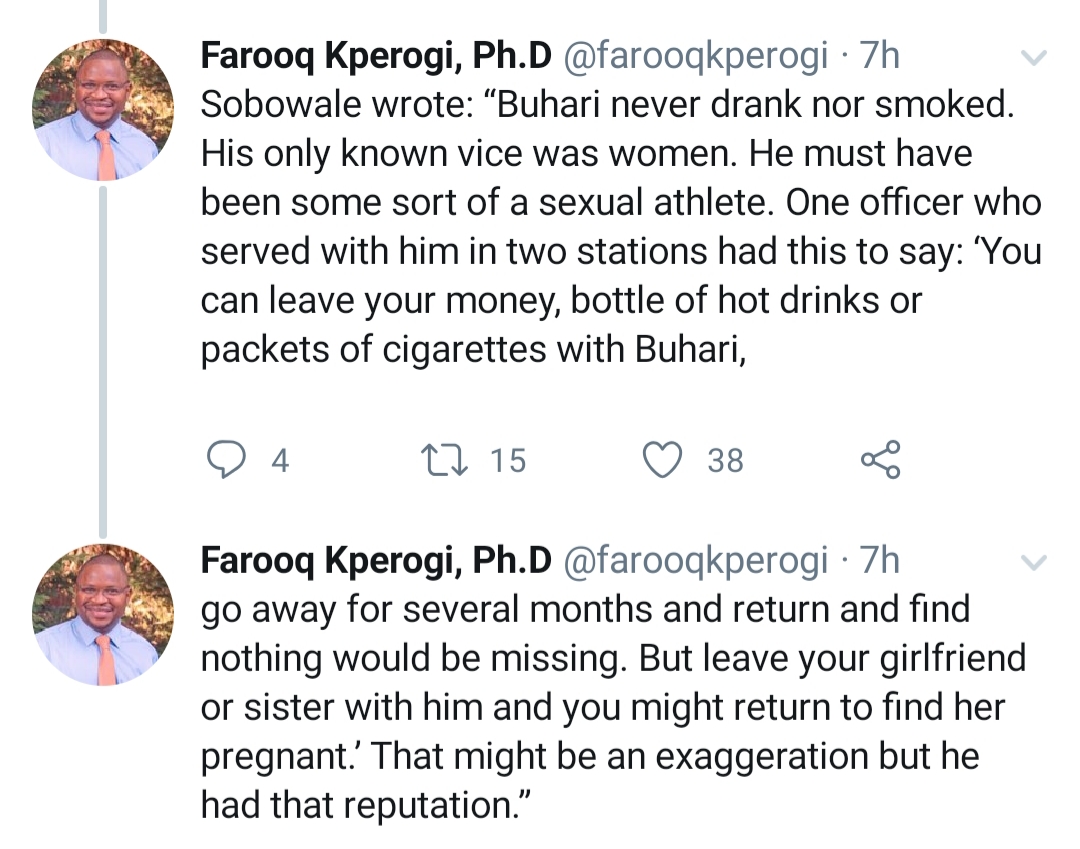 How These Top Six Nigerian Billionaires Made Their Fortunes