Three young female children have lost their lives to car suffocation in the Philippines. They were said to have entered the vehicle, locked it accidentally and found it impossible to unlock thereafter.

Metro UK reported that Agatha Morales’s father, who worked in a local refinery, owned the vehicle where the sad incident occurred. He had returned from work in the car and parked it just in front of his apartment.

The little children found a way to open the door after he went inside to eat. Sadly, the car got locked, causing them to stay back in it without proper ventilation.

It was not until four hours later that a fourth girl saw the three of them, laying motionless inside the car. 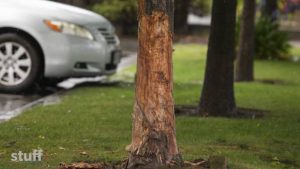 Although she promptly alerted Agatha’s father, they were announced dead upon examination at the hospital they were rushed to.

Police in the region has begun a proper investigation on the incidence in a bid to ascertain whether carelessness on the part of their parents caused the tragedy.

While sharing some bits of the incident, a Police chief explained, “The father opened the door but the kids were not responding. He brought them to the hospital where they were pronounced dead due to suffocation.

“To parents of children who are of the same age of the victims, always watch over the children because out of curiosity, they play with all things in the surroundings.”