Youtube celebrity Afredo Villa or better known as Prettyboyfredo took to his Instagram to share a story about how he gifted a 10 million Naira worth  Nike Mag sneakers to a high school kid who was being bullied at school.

Grand as the gesture was things soon went south as Fredo and co were stopped and detained by the authorities. However, they were soon released as the deed was deemed good-natured enough to warrant their release. Here’s a video

FREE FREDO , WENT TO A HIGHSCHOOL to give clothing and shoes to a kid who was getting bullied 💕

Fredo clarified that Jay is a kid that he mentors and having grown up in hard conditions himself understood what eh kid was going through. “As a kid, I grew up in very tough circumstances, from being in foster care to being bullied myself … So I know what it feels like to practically have nothing,” he said. “I could relate to [Jay’s] pain from my past experience, and I knew giving him something special like the Mags would give him the confidence to push forward and through the bullying.”

According to Complex’s website, the Nike Mags were acquired at Fredo’s local sneaker consignment shop, Vault813, for around $15,000, rather than its asking price of $30,000 after he told the store about his intentions of giving the shoes to his friend Jay. The Nike Mag was featured in the film Back to the Future Part II. Only 1,500 pairs of a light-up Nike Mag were made available in 2011 through auction, followed by a launch of 89 pairs for a self-lacing version in 2016.

“Fredo came to us with how Jay was getting bullied and told us his idea to help him out,” Vault813 tells Complex. “We felt for what he was going through, cause I have been through that and I think a lot of people have growing up. That’s why I started collecting shoes, back in 7th grade, because it gave me confidence going to school everyday with Jordans on. We’re in the position now with us having our own store that we can give back to people that are like us. Were blessed to be where we’re at.” 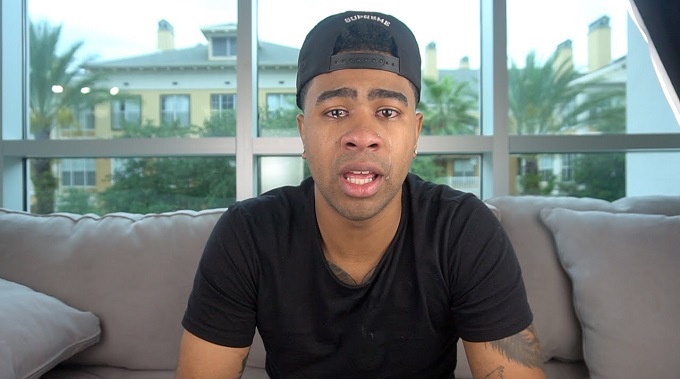 In a bid to downplay negative views as to his true intentions fo doing what he did, Fredo said,  “If you been a fan of my work and look at my body of work, you would see everything I do revolves around positivity and giving back. This is honestly just another day.”

Over 300 Hundred Passengers Abandoned By British Airways In Ghana