Tiwa Savage posted a video on her Instagram page, showing three City FM female On-air Personalities gossiping about her and her music. The ladies were not aware the camera was still filming. In the video, the ladies said Tiwa Savage and Yemi Alade are not able to write their own songs. Bella Rose Okojie, another City FM OAP has slammed the Singer for posting a doctored video.

According to Bella Rose,

If there’s anyone who supports and literally fights for women, it’s Melody.

Ceeza Milli had just been interviewed by Melody and he claimed that he wrote songs for Tiwa Savage. Surprise Surprise. How is that not many know that Ceeza Milli wrote songs for her? Eish. The conversation ensued. Melodt, the only OAP in the video wondered, if people found out that YemiAlade hits were either written by Selebobo or not by her at all, (as she is one who gets criticized heavily for even the littlest things), “won ma bu pa” (They’ll insult her!) Jess (far right) says something and Dami (middle) reports the statement to Melody , to which Melody responds , “she (Jess) is a fool!” Tiwa edited that video  to make it look like Melod set out to insult her and Yemi Alade and that’s actually misleading.

That faux “woMeN doNt SuPpoRt woMeN” bait or caption is razz and untrue.

That she posted a picture of her with Melody on her stories earlier in the day and then put out the video making it look like it happened after her interview is dishonest and a blatant lie.

That she (or whoever sent her the video) removed the part where Ceeza Milli told Melody he wrote hits for Tiwa Savage is an intentional attempt at sensationalism. Lord have mercy.

Here is what Tiwa Savage posted on her Instagram page; 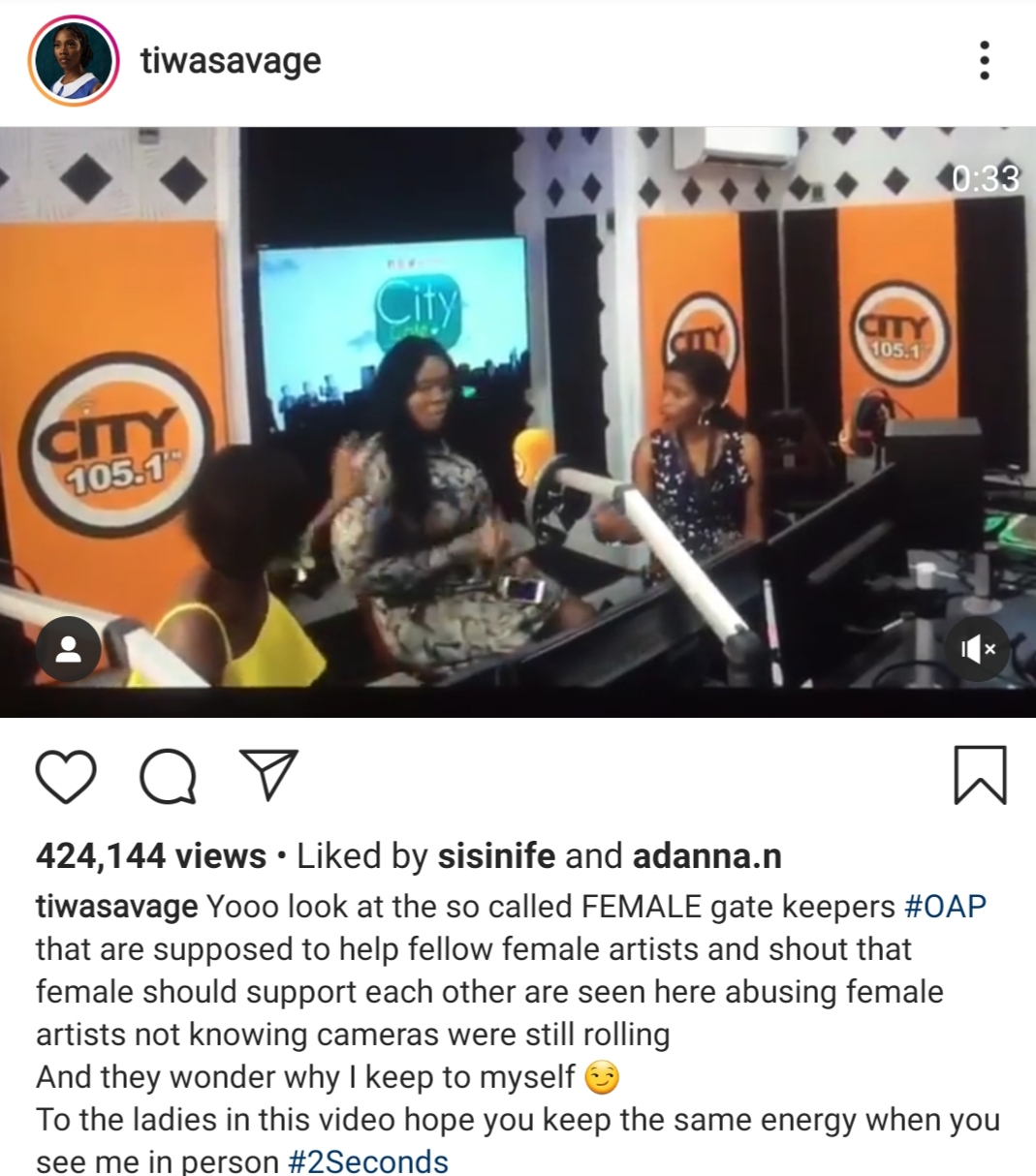