Professional Football Player, Cristiano Ronaldo was in tears after he saw video footage of his late father during an interview on Television.

The Football star saw a video clip of his father Jose Dinis Aveiro, who died of liver failure after struggling with alcoholism for a long time. Ronaldo’s Father was an addicted Alcoholic who died at the age of 52 in 2005.

In the video footage, Ronaldo’s father was seen speaking about his son, to Piers Morgan on his front porch. The chat with Morgan lasted one long hour.

Ronaldo who could not hold back his tears said “I never saw the video. I never saw that video. Unbelievable!”

ALSO READ: BBNaija 2019: Looks like Tacha may be the next PepperDem Winner

When he was asked how he felt to hear Jose Dinis Alveiro speak with such fatherly pride about his achievement, Ronaldo replied saying;

“But I don’t know my father 100 per cent. He was a drunk person. I never spoke with him like a normal conversation. It was hard” 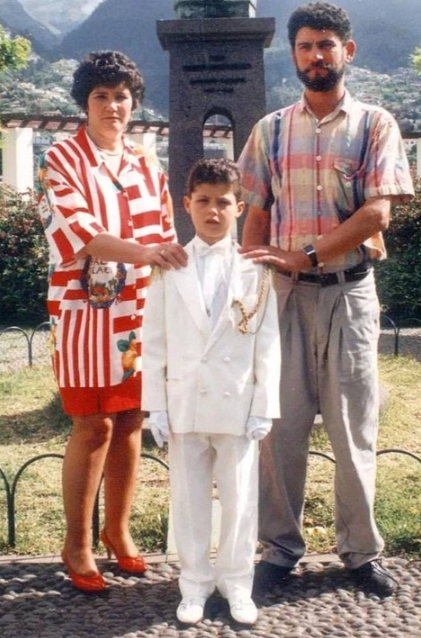 It must be so painful for Ronaldo who lost his father at the young age of 20, which means his father was not alive to witness his great football career achievements such as winning five Champions League titles and five Ballon d’Ors, including leading his country to Euro 2016 and Nations League Glory.

However, Ronaldo has requested for the video footage in order to show his family.

“I think the interview would be funny, but I didn’t expect to cry. But I never saw these images. I don’t know where you… I have to have these images to show my family”

Bovi saves a fan who was about to commit suicide

Lola OJ reacts to Rumours that Obafemi Martins is her BabyDaddy