It seems like the long-battled feud between Nigerian reggae artiste, Cynthia Morgan and her former label boss Jude Okoye aka Jude Engees is no where near its end.

Morgan who is trying to light the torch on her once shining music career took to social media to call out Jude Engees – the brother of star music duo Psquare over unpaid royalties.

Morgan is not slowing down in pressing the gas pedal as she posted on her Instagram story today Monday saying that Jude should pay her what he owes her.

READ ALSO: Fuel Hike: History will be kind to Buhari for taking the Bold Step of Removing Subsidy – Presidency

According to the female reggae star, Jude Engees reportedly owes her up to N7 million in unpaid royalties.

She said: “pay me my money @judeengees”. 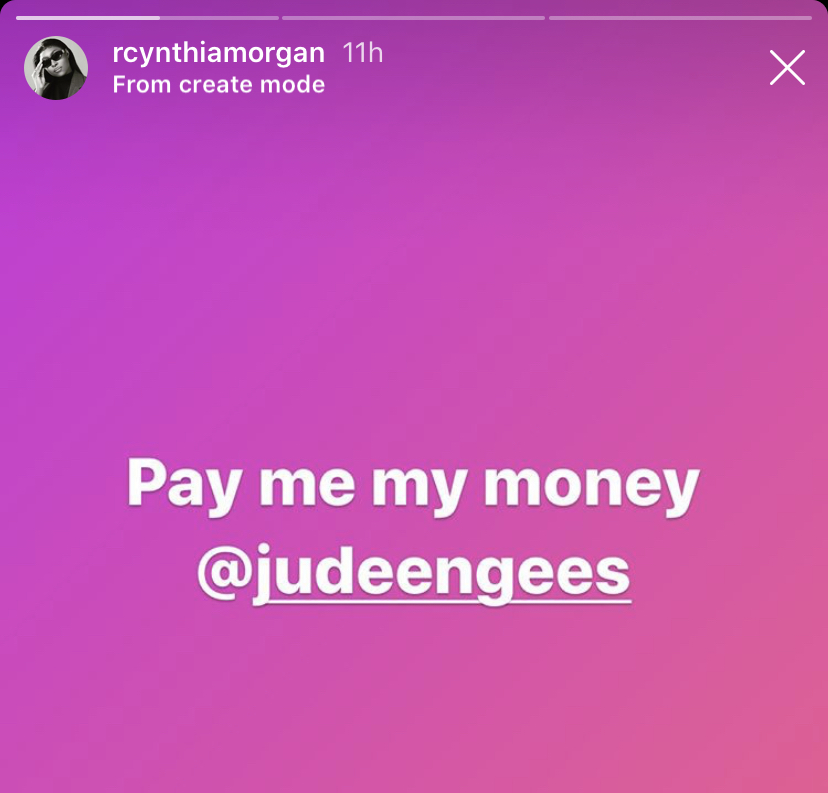 The reggae star did not stop there. She also called out to International artiste manager, Joy Tongo to come to her aid in seeing that Jude remits what is due her.

Morgan went as far as including her personal bank account details not fearing the risk of being attacked by fraudsters. Seemingly, she did so to further reinforce her claims of what Jude owes her.

She said: “@joytongo tell yourself brother to pay me my money. 7 million Naira. If not more.” 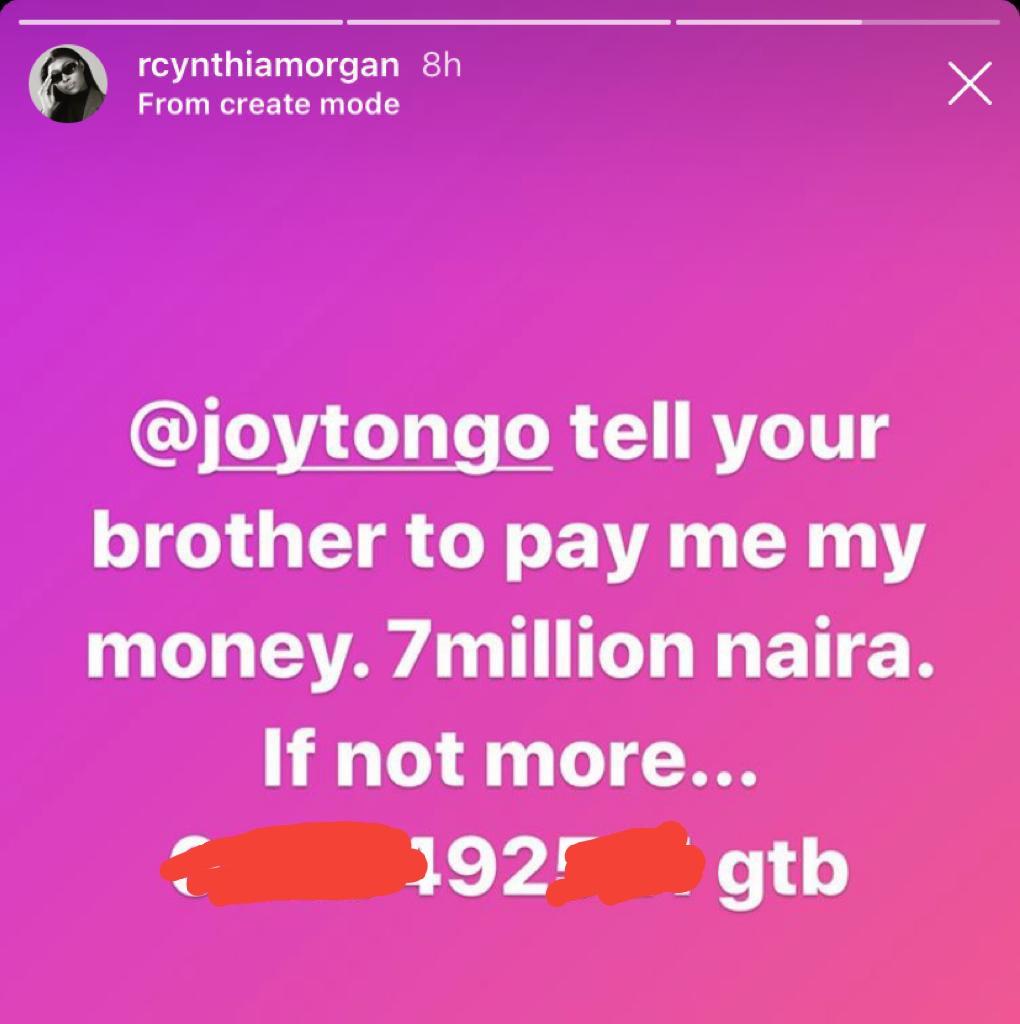 Morgan recently released a new single Hustle to mark her comeback to the scene, however the song is yet hit commercial success as her records once did.

A few years ago the budding star suddenly went off scene owing to medical reasons and irreconcilable differences with her former label boss Jude Okoye aka Jude Engees.

One Dead, Seven Injured After Stabbing Attacks In Birmingham