Daniel Ademinokan reveals that he and Stella Damascus are already married

Prolific movie producer, Daniel Ademinokan has revealed that he is married to Stella Damascus in a Valentine’s day Instagram post.

The Lagos born movie producer and director had been in the spotlight for the past few years for allegedly dating several actresses whilst filing for divorce from his former wife, Doris Ademinokan, with the latest being Stella Damascus; a claim which he refuted in an exclusive interview the Encomium.

However, yesterday saw him surprise his followers on social media with an Instagram post showing him with his new wife – Stella Damascus – and the subsequent comments on his devotion and love for her. 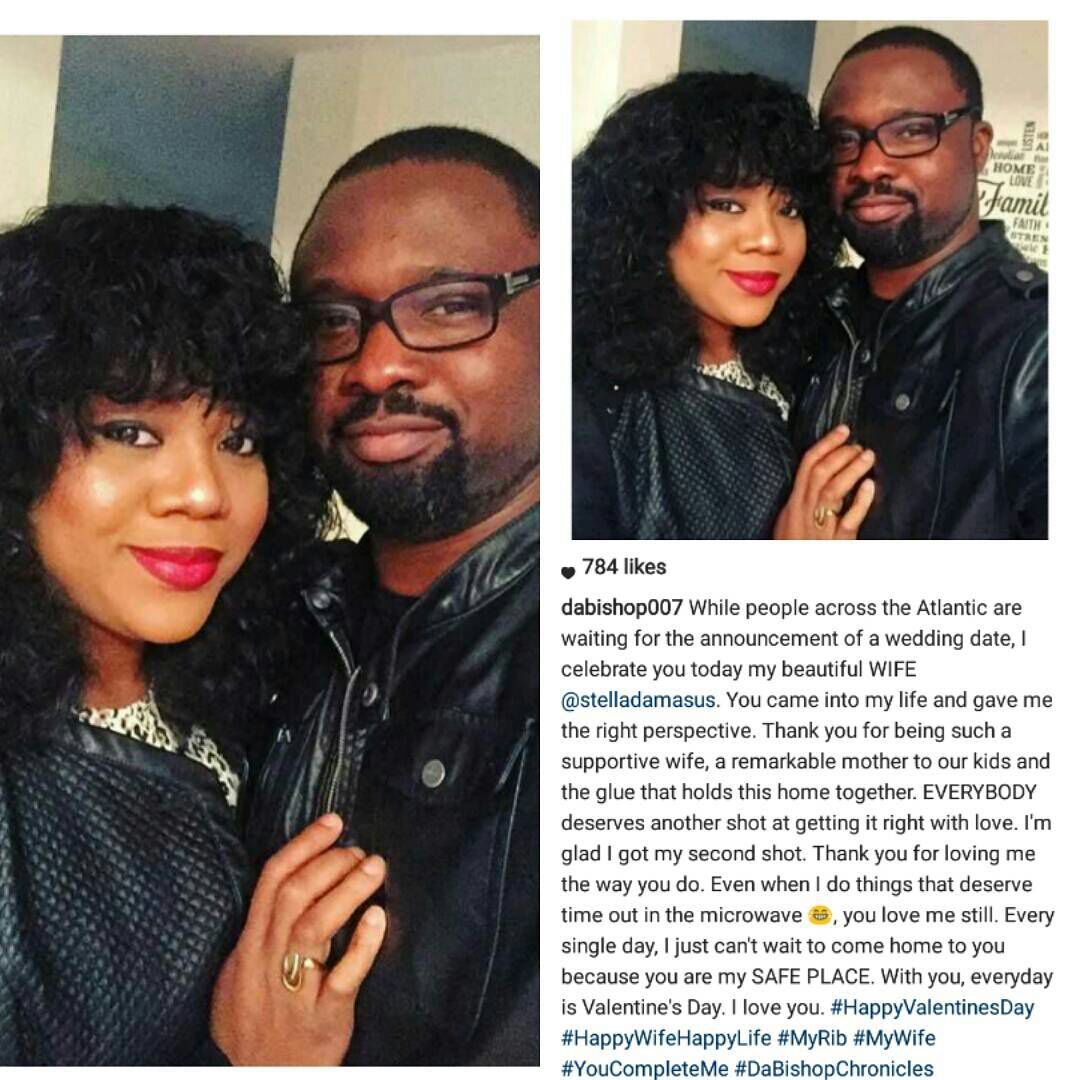