Davido, who is the nephew of Peoples Democratic Party (PDP) candidate in the election, Sen. Ademola Adeleke, made this known in a post via his verified Twitter handle on Wednesday.

According to the music artiste, the alleged rigging was orchestrated in the total number of voters in the seven polling units where the rerun would been conducted.

Davido said that the total number of voters in the polling units should be 2686 but the number was padded to 3,498 to give the APC candidate, Gboyega Oyetola, the advantage.

A photo he posted showed: 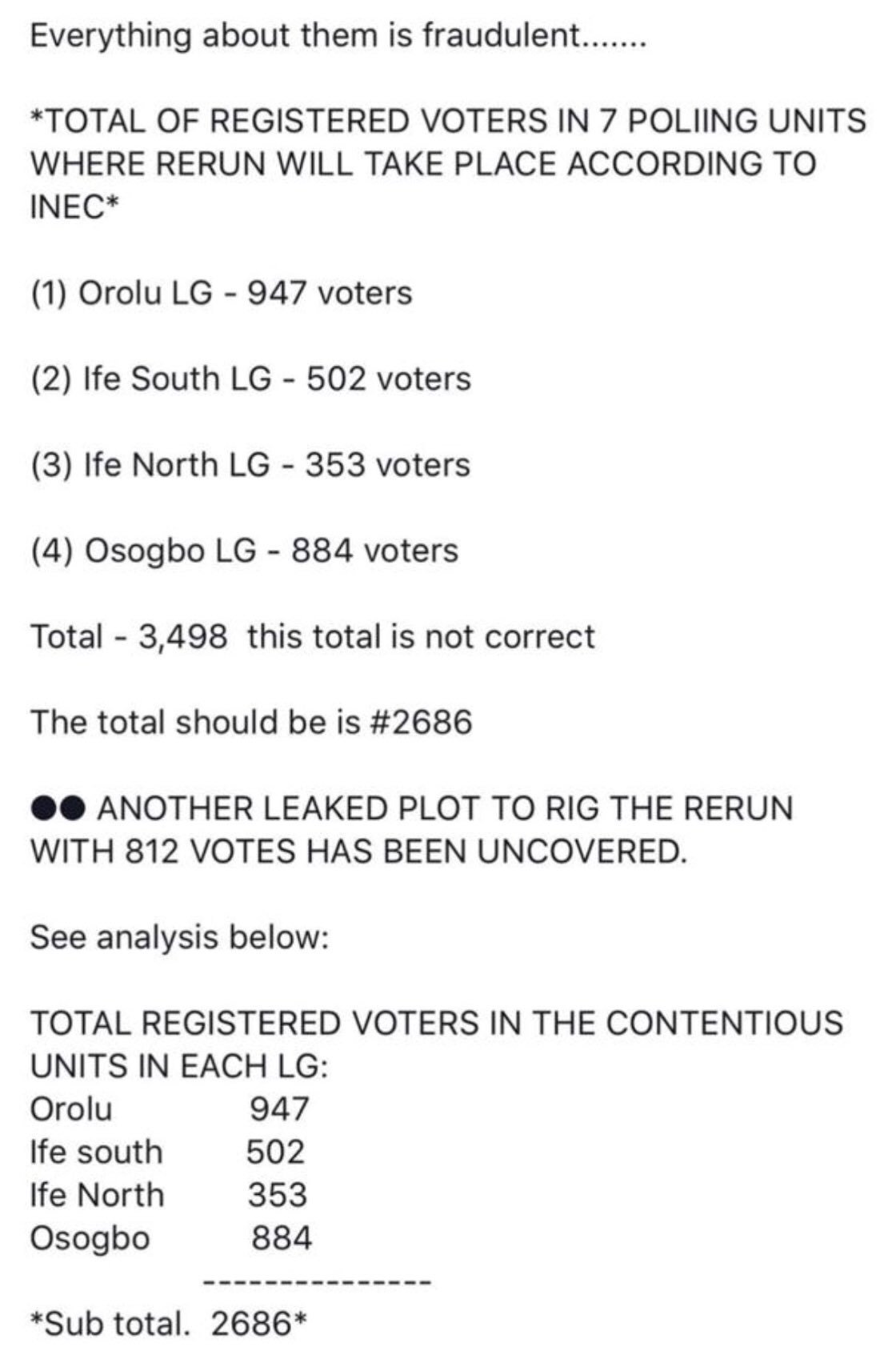 He captioned the photo: “APC Already planning to Rig 2moro’s Re run! Enough is Enough man ! They r ready to do ANYTHING AND I MEAN ANYTHING TO STAY IN POWER AND SUFFER THE OSUN PPLE FOR ANOTHER 4 YEARS ! PLS SHARE ! @inecnigeria @USEmbassyAbuja @OfficialPDPNig”

Also, the Omo Baba Olowo, thanked the supporters of the Adelekes and pleaded for more support to ensure victory for the PDP candidate on Thursday.

In an earlier statement he also shared via his Twitter handle, Davido said: 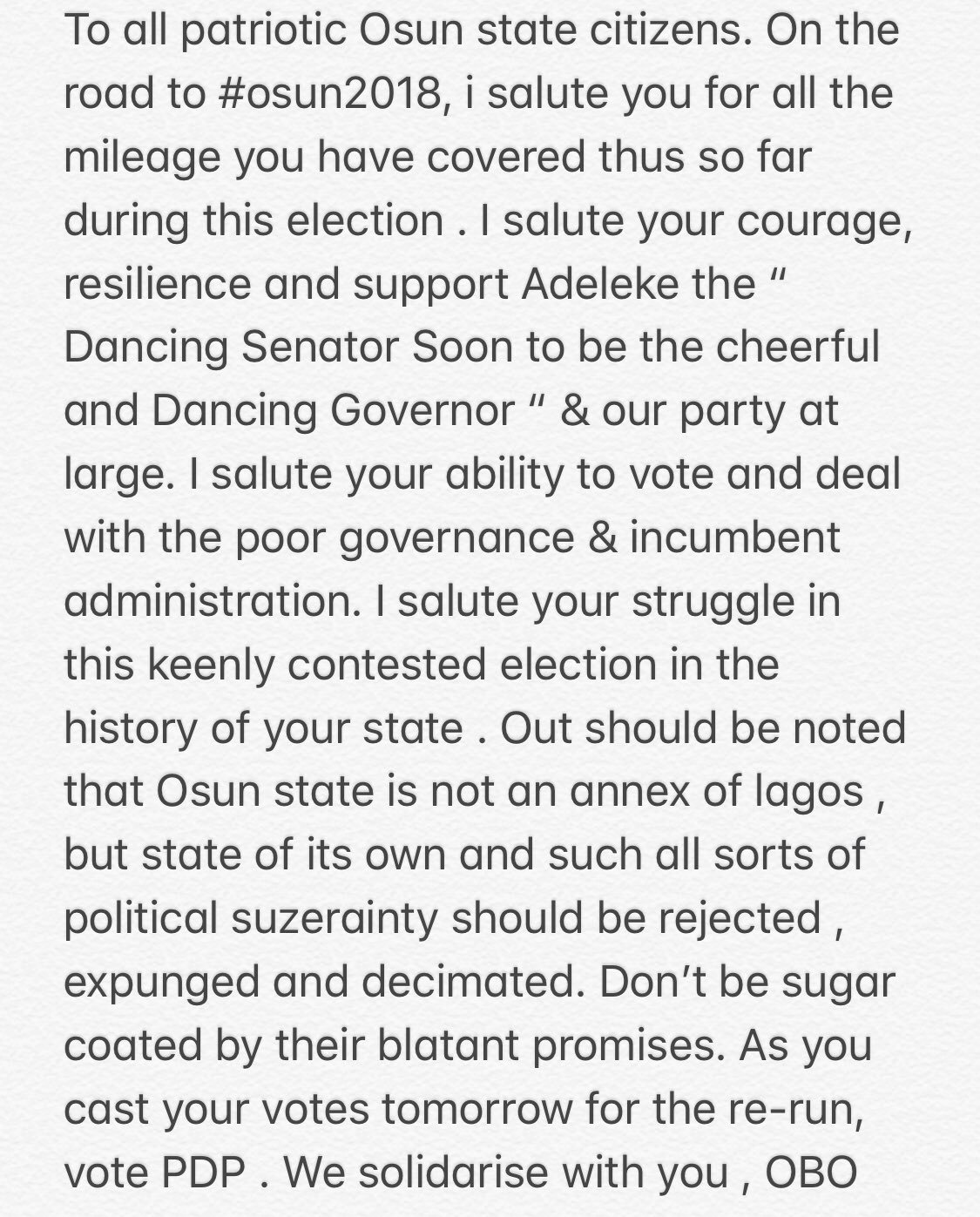 I am ready for primaries – Ambode