Davido’s Actions Should not be Emulated, Says Buhari’s Aide

Ajuri, who is the Senior  Special Assistant (SSA) to President Mohammadu Buhari, while quoting the music star’s response on Twitter, submitted that any youngster who defines himself by his material possession, is unworthy of emulation.

This reaction comes after Davido slammed the Ogundamisi after he sarcastically said that the music star would be prone to abuse in office, should his uncle Isiaka Adeleke, have emerged as governor of Osun state. 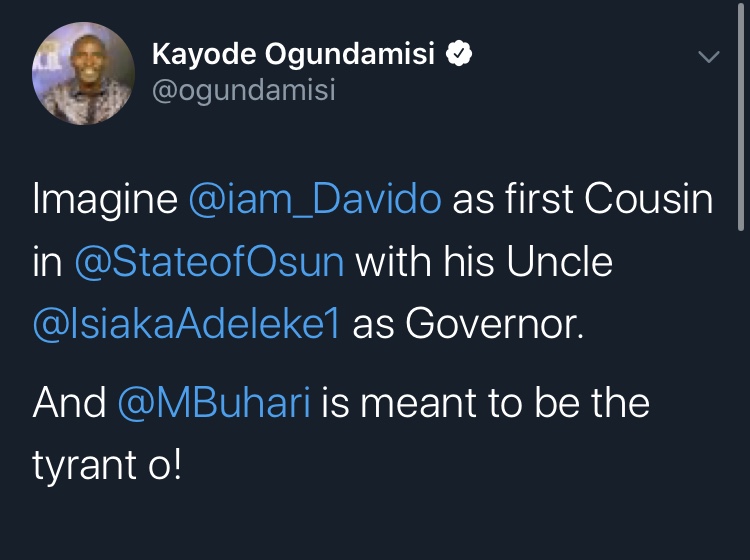 Davido had earlier tweeted, “It pains you that someone half your age that you can give birth to is greater than you will ever be… U are a loser, a disappointment……u are useless! Now keep my family name out ur mouth! Ur whole life earnings no reach 30 percent of my show money and it hurts i know” 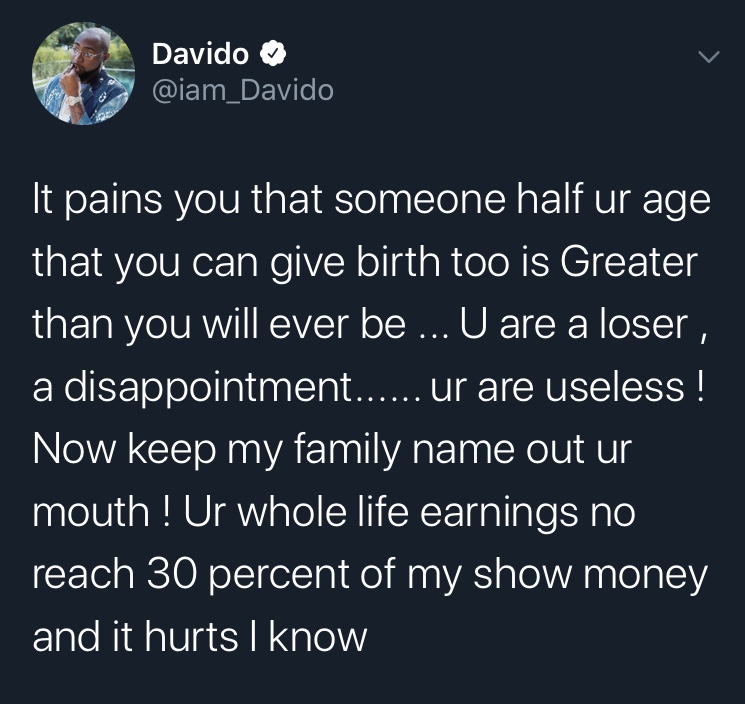 Read also: President Buhari thanks groups for supporting his administration

Ajuri then tweeted in response to Davido’s tweet, he said, “Any Young person who defines himself by what material he has access to is unworthy of emulation. Only empty people use material success to oppress or malign others. You can do better & be a better role model for the millions who look up to you,”, 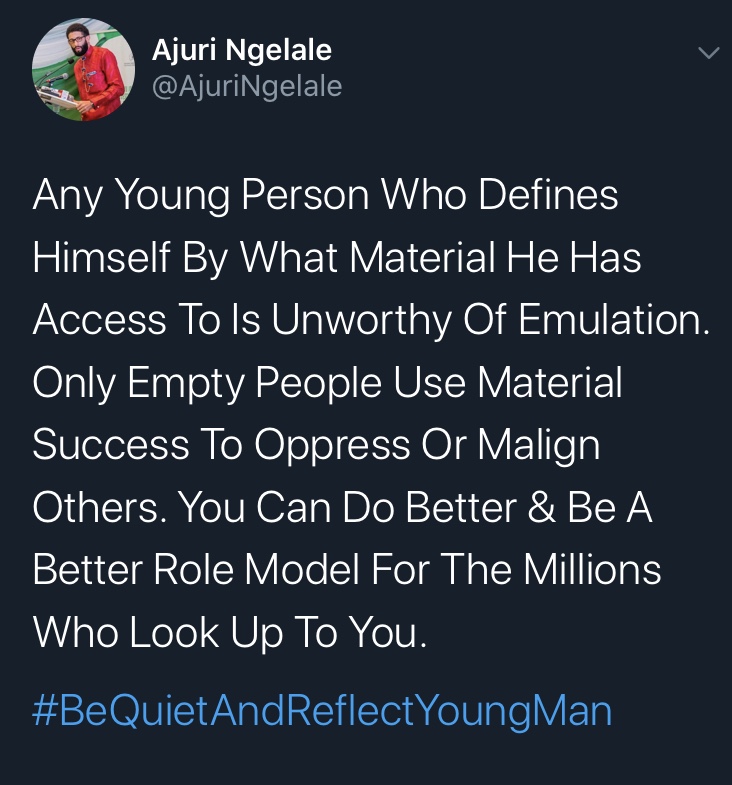 “I will continue to speak to rebuild Nigeria” – Deposed Emir Sanusi