A Lagos Federal High Court through the ruling of Justice Chuka Obiozor has asked that another property belonging to Diezani Alison Madueke be forfeited to the Federal Government.

The ruling arose following an application submitted by the Economic and Financial Crimes Commission (EFCC) against the former Minister of Petroleum. 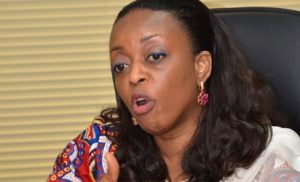 The property in question is said to be an expanse of land at Plot 9, Azikiwe Road, Old GRA (UAC Property on Forces Avenue) Port Harcourt, Rivers State. And in its application, the commission stated that it measures 7,903.71 – 8,029.585 square meters.

The application further stated that the property was suspected to have been purchased through illegal activities.

Recall that some days, back, the Same court asked that she turned over pieces of jewelry amounting to over $40 million to the government.

Also, read: “Nigerian women are after your money and nothing else” – Man claims, gives evidence

Beyonce, Ejiofor, others stun at ‘The Lion King’ premiere

Borno farmers: Armed Forces have my marching orders to take fight to insurgents…