There was confusion yesterday as the Economic and Financial Crimes Commission (EFCC) arrested popular political blogger, Abubakar Sidiq Usman of Abusidiqu.com.
This was allegedly in connection with an article titled “EFCC Boss, Magu Commences Total War With Core EFCC Staff” on his website leading many to believe it was a move to intimidate the blogger.
EFCC has now released a statement, in which it confirmed the arrest but also explained why it was necessary.
You can read the short statement below.
The Economic and Financial Crimes Commission, EFCC today arrested Mr. Abubakar Sidiq Usman, a blogger, for offences bordering on cyber stalking. The suspect who is the publisher of Abusidiqu.com was picked up at his Kubwa, Abuja home in the early hours of Monday August 8, 2016 by operatives of the EFCC and is currently being questioned over the alleged offence which contravenes sections of the Cyber Crime Act. The suspect has already been offered administrative bail and would be released to his elected sureties. 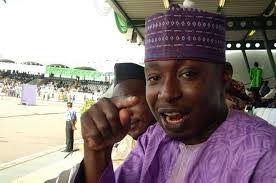