EFCC set to fish out unqualified graduates from NYSC scheme

Anti-corruption body, EFCC, has stated its plans to start going after NYSC members who had been enrolled without going through proper academic processes back in their various schools.

This, according to the commission, would be done with the support of the administrators of the National Youth Service Corps as the body had specifically written to the commission to investigate “unpatriotic Nigerians who sell their certificates to unqualified graduates to be able to undergo the youth service”.

In a statement made by its acting Chairman, Ibrahim Magu on Tuesday in Abuja, EFCC condemned, “the activities of unpatriotic elements who bring shame to the nation by their insatiable desire to make money at all costs, including the sale of certificates  to unqualified graduates.” 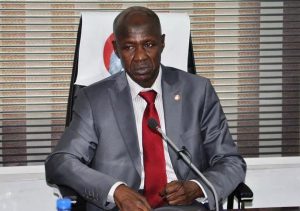 Speaking on the collaboration, NYSC’s Director-General asked that the anti-corruption commission begin to closely look into activities of some certain tertiary institutions who have turned the mobilization of unqualified graduates to their stock in trade.

He stated, “It is very unfortunate that some institutions of higher learning, particularly in Cotonou, Benin Republic, present to us people who didn’t go to the four walls of the university as graduates for mobilization.

“Currently, we are investigating some of such so-called graduates, many of whom cannot write or spell any word in English.”

Also, read: Can we all just get along? – By Fredrick Nwabufo