Controversial comedienne Kathy Griffin had a few NSFW words for Mrs. Trump, Melania who’s name she purposely misspelt just as her husband had a few months ago.

The tirade came in response to Melania’s statement in which she said that she hated seeing families separated and that she hoped that immigration reform would help both sides.

She had said through her spokesperson, Stephanie Grisham, that; ‘Mrs Trump hates to see children separated from their families and hopes both sides of the aisle can finally come together to achieve successful immigration reform’.

Clearly unpleased by these comments, Griffin went on a vitriol-fuelled rant on Twitter saying; ‘F**k you, Melanie. You know damn well your husband can end this immediately…you feckless complicit piece of s***,’

Kathy Griffin is well known for her disdain for the Trump family, coming under extreme fire after she posted a picture of herself holding a bloodied head of Donald Trump and doing a photoshoot with it. The head was also decapitated and many had found this distasteful and argued that even if she disagreed with the President, there should be other ways with which to show this rather than with something as extreme as that. 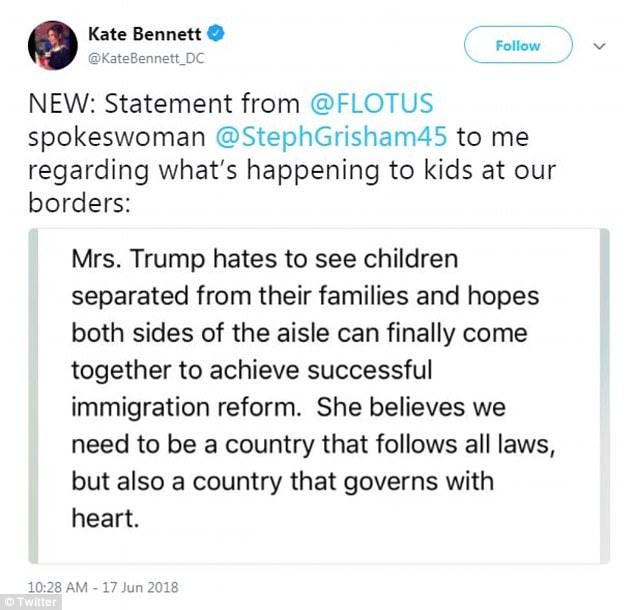 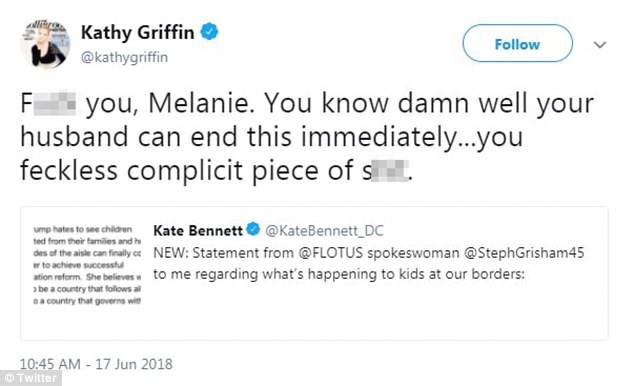 Facebook bans Myanmar’s military from its platforms weeks after coup

Biden to announce U.S. release of $4bn for vaccines to poor countries Friday